Sometimes, it’s nice to go to the beach without sharing a stretch of sand with all of Sydney. When you want to escape the crowds and go for a sneaky swim, these are the best secret beaches…

The Best Hidden Beaches In Sydney

If we had to describe this beach using an uninspired Insta caption, it’d be “how’s the serenity?” Collins Flat Beach is a 15-minute stroll from Manly Beach, but it feels like a world away. It’s only accessible via the water or a bush trail, and the water is calm and shallow so you can frolic around without worrying about being dumped by a huge wave. There’s even a waterfall! And to seal the deal, Collins Flat is home to NSW’s only colony of Little Penguins – the only species that breeds Down Under.

Manly is flush with secret beaches. Hidden in the Sydney Harbour National Park, this slice of sand is pristine. It’s not hard to wonder why. To reach it, you’ll need to rent a kayak and paddle for around 20 minutes from the old Quarantine Station (top tip: stop at Little Manly Beach Kiosk to stock up on snacks). Or find someone with a boat. The reward? A tranquil beach that’s blissfully free of humans. The harbour views ain’t bad, either. 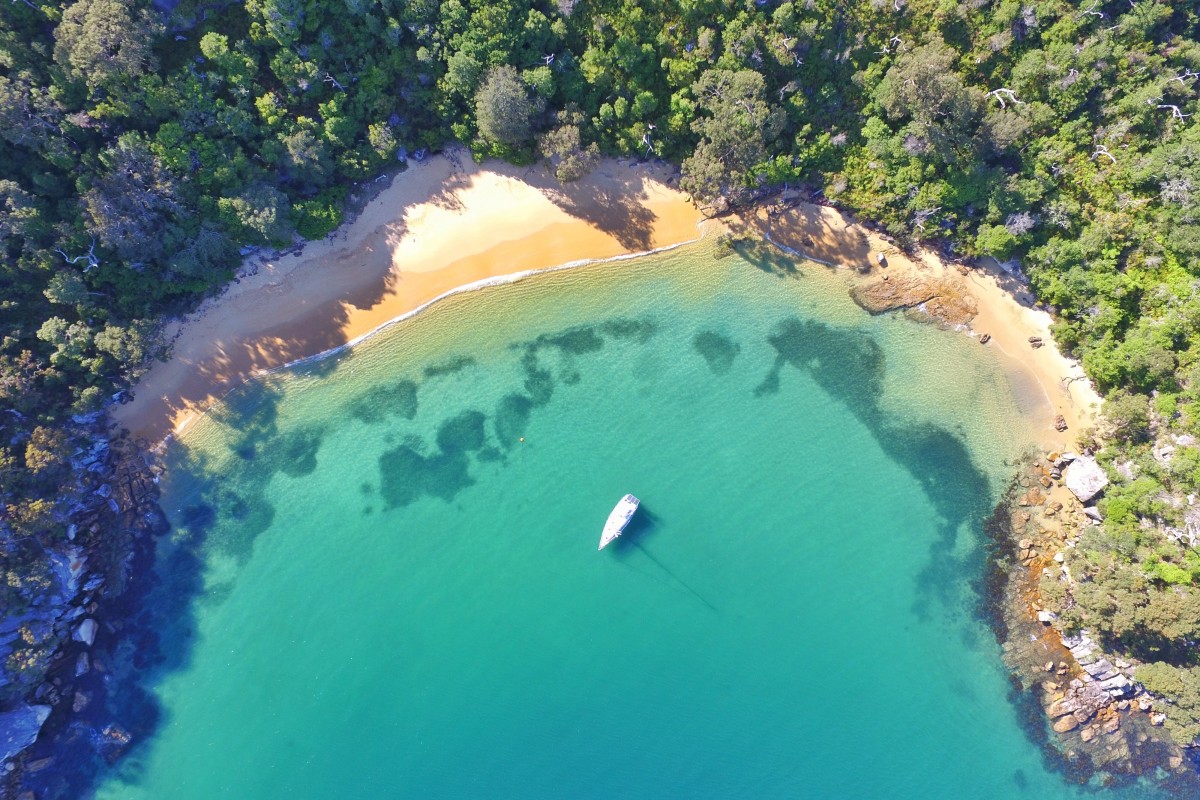 Remember when Malcy refused to move into Kirribilli House because his own was… better? If you’ve ever wanted to see how the other half lives, go for a dip at Lady Martin’s Beach – which may as well be the former PM’s front yard. Surrounded by multi-million-dollar mansions, it’s a small, secluded beach with impossibly sparkly waters. The entry is down a little lane off Wolsely Road, near the Royal Prince Edward Yacht Club. Sunbaking with a side of dream home hunting? Meet you there.

Want to tan your tatas? Head to Little Congwong Beach, a nudist beach nestled in Botany Bay National Park. As you rotate like a rotisserie chicken, you’ll be treated to views of lush bushland and boats bobbing in the crystal-clear water. The ocean is calm and great for snorkelling, if that’s your thing. If you’re babysitting, take the kids to Congwong Beach – a big, sandy beach that’s 30 minutes down the road.

Can’t go past a “clothing optional” beach? You’ll love Obelisk Beach in Mosman – which is also so secluded, you need to clamber down some rocks to get there. Win-win.

Balmoral Beach is the new Bondi – perpetually packed from dusk til dawn. While everyone’s snapping pics at The Boathouse, head a kilometre north to Chinamans Beach. The harbour enclave is peaceful and unpatrolled, which is fine because the flat waters ever-so-gently lap at the shore. PS. BYO snacks and sunscreen – the ice-cream truck doesn’t quite make it here. PPS. Rosherville Reserve behind the beach is an A+ picnic and date spot.

We love a good ol’ Sunday session at The Watto, but sometimes, there are just too many damn people. For a little peace and quiet in the east, head to this tiny beach between South Head and Camp Cove. It has panoramic views of the harbour and Sydney skyline, and is as picturesque as it gets. And if you’re going for an impromptu dip, don’t stress – Lady Bay Beach is a designated nude bathing area, so you can swim sans bikini. Forgot your cossies but not your sneakers? Wander down the South Head Heritage Trail, which will take you to the red and white Hornby Lighthouse.

Want to read your book in peace? Perv on some of Sydney’s best surfers? Bungan Beach ticks both boxes. The only way in is down a steep private driveway on Myolda Road, so you can skip your squats for the day. When you hit the Bungan SLSC clubhouse, you’re there. The beach isn’t that big, but it’s truly spectacular, with decent surf and towering sandstone cliffs on either side. It’s patrolled, too. Parking sucks around there (standard), so try to carpool or catch public transport.

Parsley Bay is a true local gem. The secret is kinda out, but it’s still a whole lot quieter than the busy (and beautiful) Nielsen Park down the road. It’s as quaint as it gets, with azure waters, a waterfall, and a white wooden bridge dating back to the 1920s. You can roll out your towel on the rocks or sand, or settle in on the grassy reserve. If you’re looking for an even more secluded beach, try Kutti Beach, tucked between Parsley Beach and Watsons Bay. The best time to go is when the neighbouring sailing club is closed, so you can stretch out on the deck. 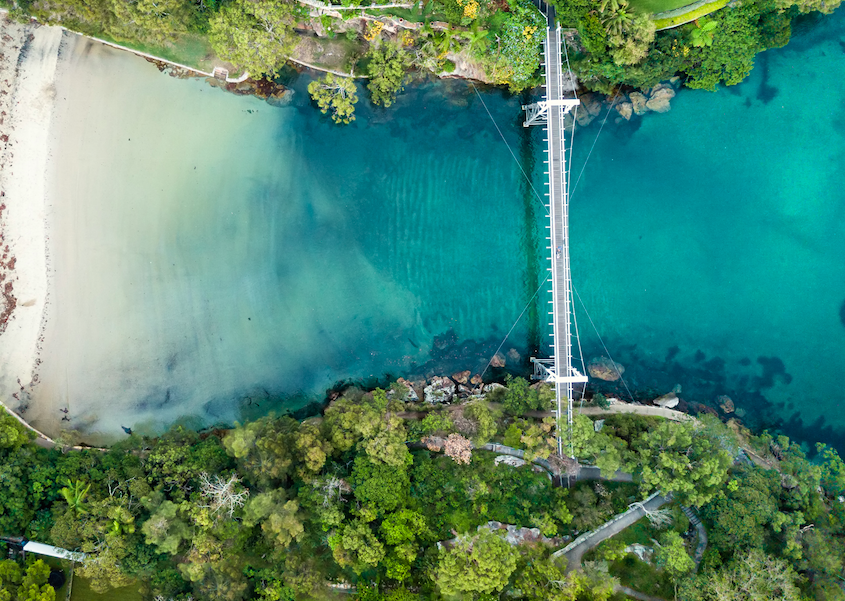 Road trip! The next time you have a long, lazy summer’s day ahead of you, make the most of it by cruising to Jibbon Beach. Perched on the eastern end of Bundeena, it’s a one-hour drive from the Sydney CBD, or a 10-minute ferry from Cronulla Marina. It’s also one of Sydney’s best-kept sea-crets (sorry). The beach is never crowded, and marks the start of the Royal National Park coastal walk. The best beach days leave you hungry, so pop into Bundeena’s town centre to grab a sausage roll before heading home.

This bay isn’t a secret – it doesn’t exist most of the time! If you’ve been to Mackenzie’s Bay, you’ll know it’s a v rocky cove between Bondi and Tamarama where fishermen do their thing. But every few years at the beginning of winter, the bay turns into a beach overnight. No one knows when it will happen, so it’s a total mystery.