I actually can’t believe that I am at home on a Saturday night WORKING, watching a bloody wedding between people I could not give two hoots about.

At least I have a bottle of wine for company as I suffer through this.

I’m tuning in about 30 minutes out from ‘Meghan’s arrival’ and the commentators already have nothing to say as they continuously repeat ‘Meghan is merely minutes from arriving’, which is wildly fabricated and we know this because the actual ETA is counting down on screen.

I did have it on earlier while I was chowing down on potato bake (#classy) but it looked like footage of arrivals at Randwick in November so I didn’t bother paying much attention. I did see Amal arrive looking like a god damn canary and Posh, looking like her perpetually pissed off self.

Prince Harry and William arrive, kicking some VB cans out of the Royce as they disembark, Harry clearly shitting himself and royally annoyed about the pompousness of this event. The dude just wants to wed his lass, get buzzed and have a family dance-off. Instead, he’s been forced into a ridiculous ensemble by his formidable Gran, while a bunch of cameras follow every move of his and William’s balding heads.

The camera pans of the church look like the grandstand at Randwick, many ridiculous hats in an array of ‘artistic’ shapes. There’s a bunch of people rambling on about boring British stuff that absolutely no one except my Nanny cares about.

Who BTW, sits at home wearing a crown she got from top dollar, glued to the TV whenever anything royal is happening. Bless her.

The queen arrives and is rather spritely as she pops out of her car… seriously, how old is she? Even I don’t get out of the back back of a vehicle with that much grace. She looks very trendy in her tennis ball outfit.

An entire kindergarten class arrives as the flower girls and… well, were they actually all invited? There seems to be a lot of them. Who has THAT many friends with small children?

Next up is the bride who kinda trips out of the car, before yanking down her dress which rode up during the epic journey through London.

Someone shrieks as she walks down the aisle. Oh, apparently that’s the ‘soprano’, which is apparently music.

BOOM! Meghan walks herself down the first half of the aisle cos’ she a strong, independent woman before Charles grabs her and firmly pulls her the rest of the way. He’s a bit worried she’ll do something too ‘modern’ you see.

LOL they start attempting to sing a hymn and Harry clearly has absolutely no idea what the words are. 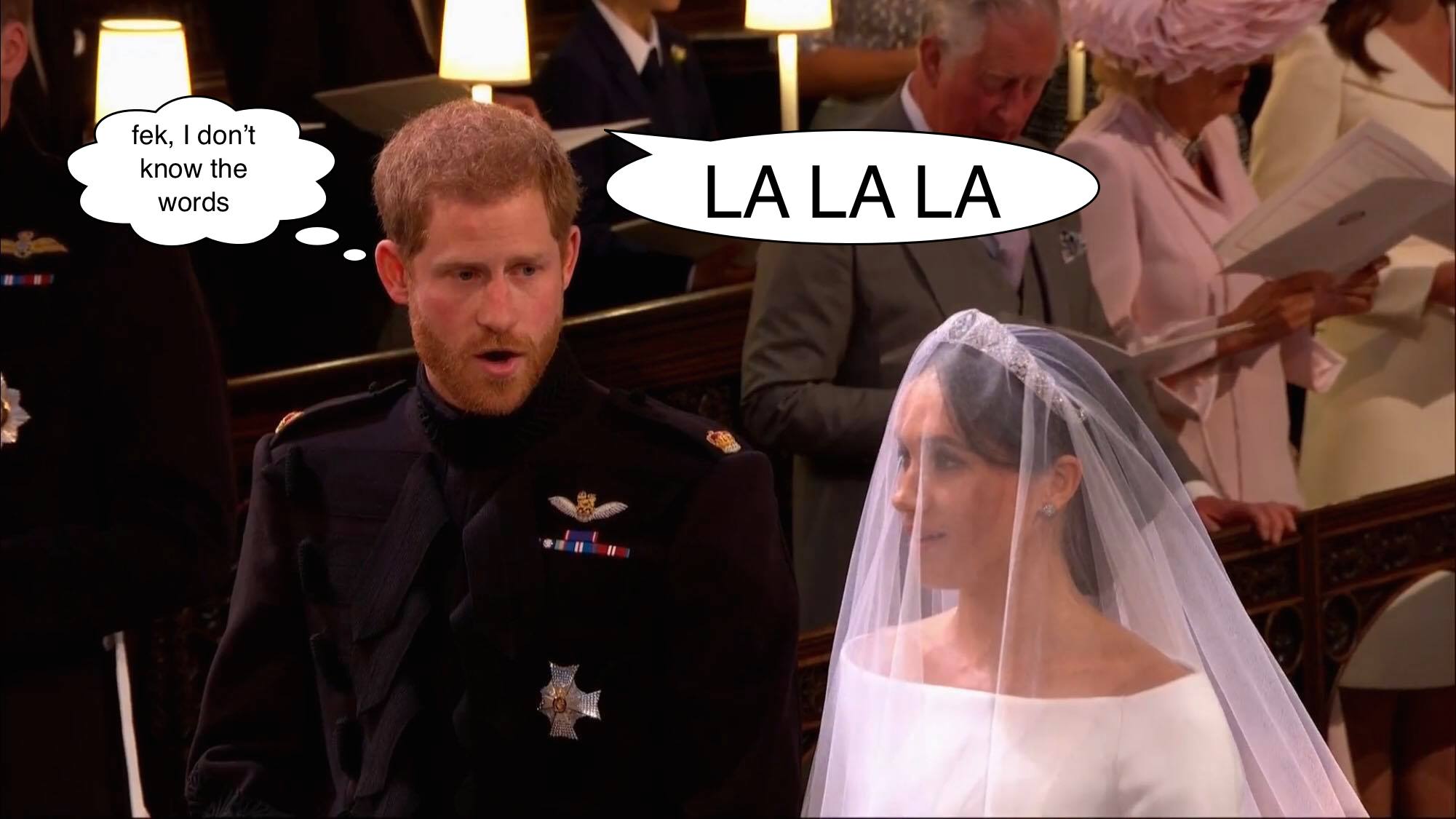 Meghan is hidden behind her veil so, for now, she all good singing the suits theme song. 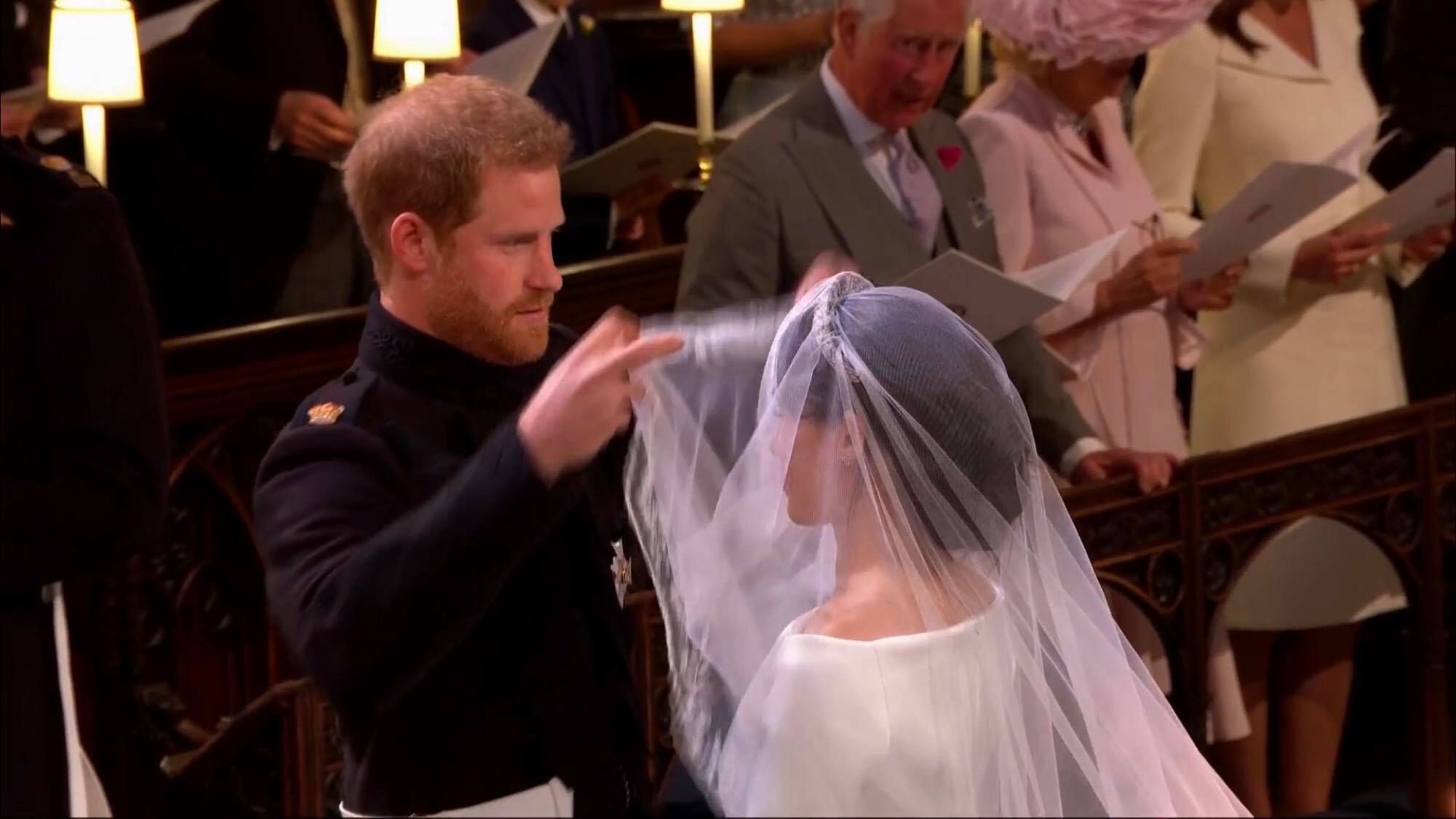 Ok that didn’t last long.  Soz Megs,  going to have to pull out dem acting skillz now. ‘Oh yes, I know all about Moses’. 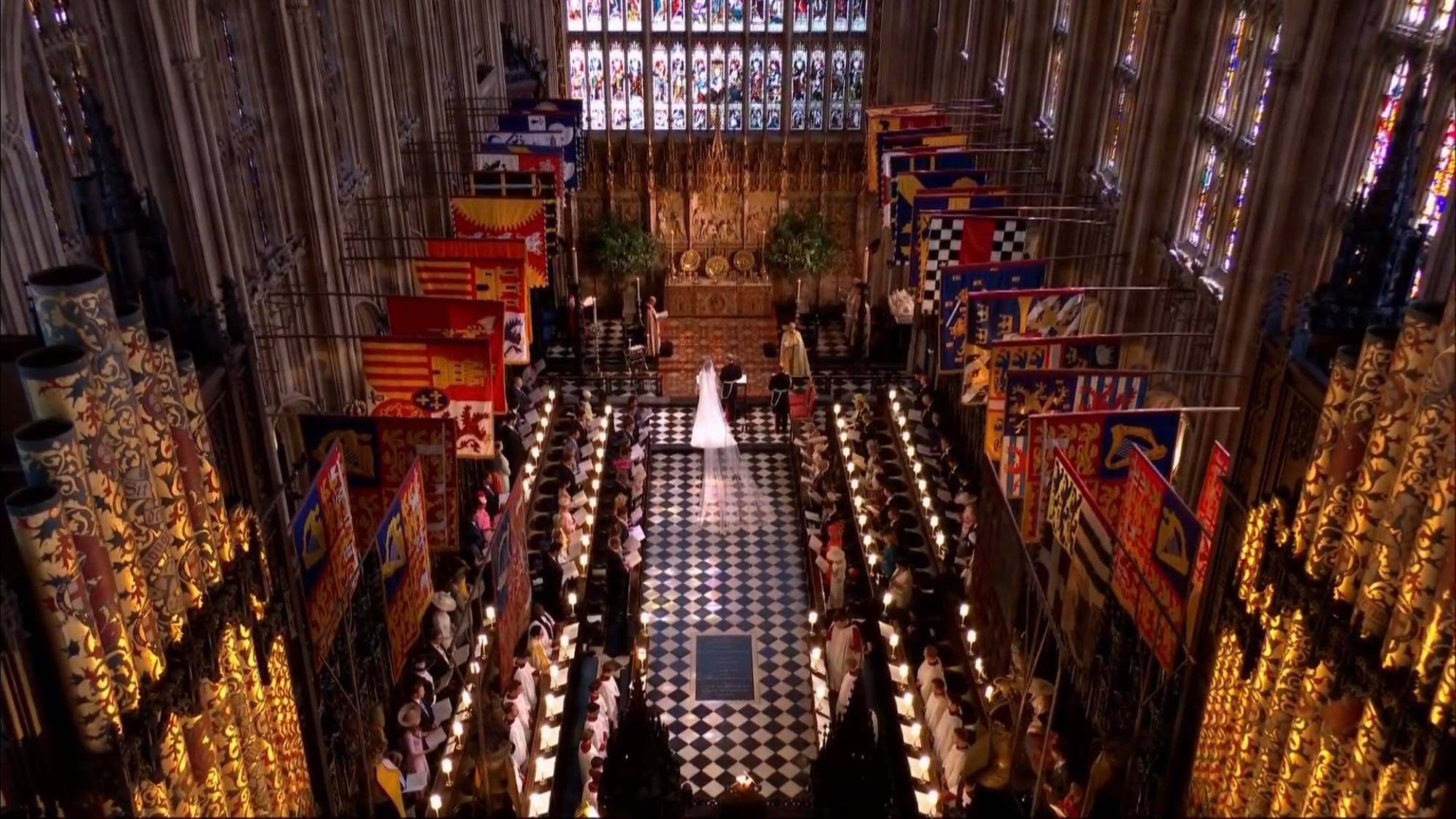 Half an hour passes where a man passionately starts preaching about absolutely every single issue in the world. Everyone is bored AF and the queen is NOT impressed with his enthusiasm. No one has ever been this animated in church before. 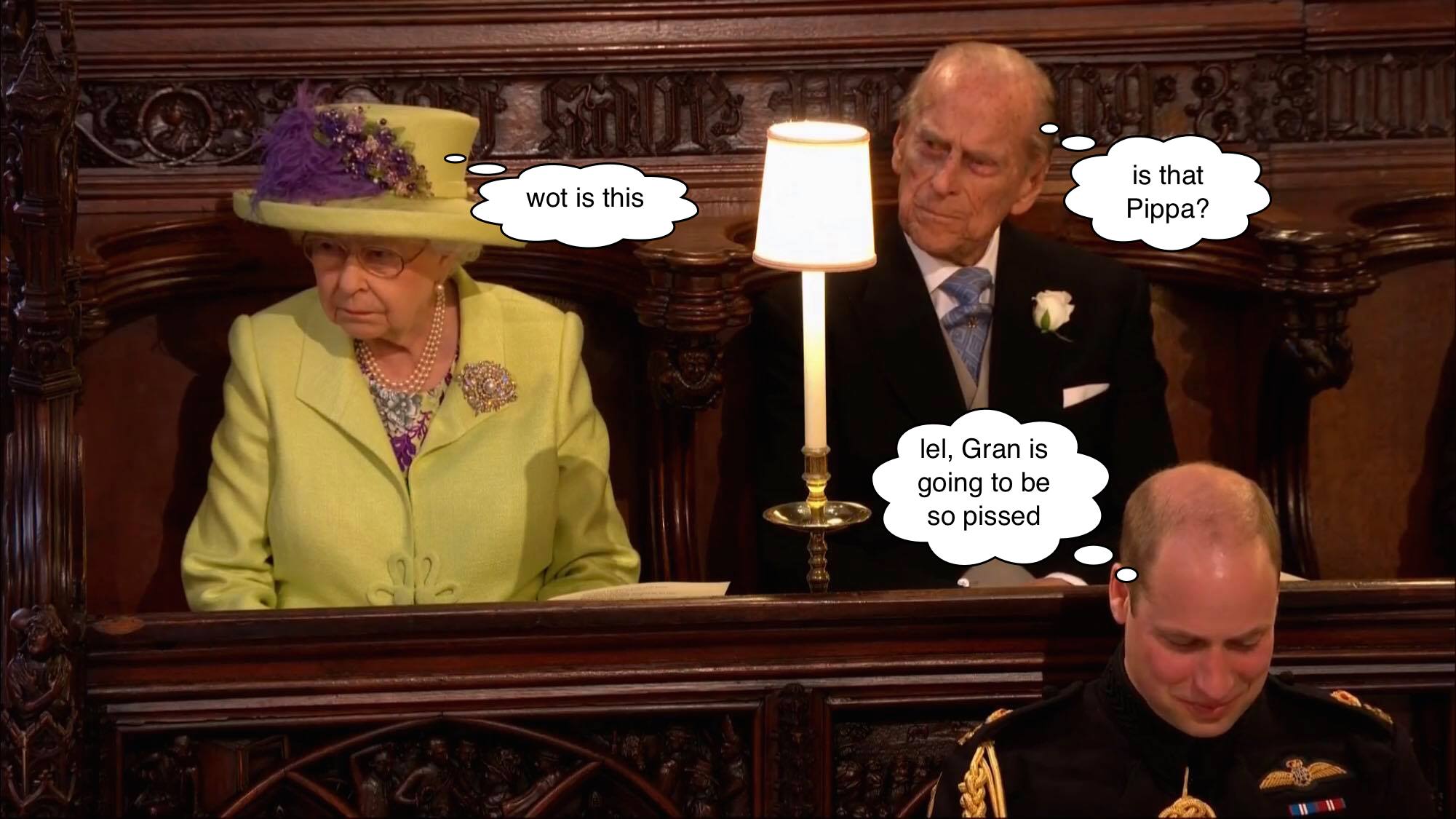 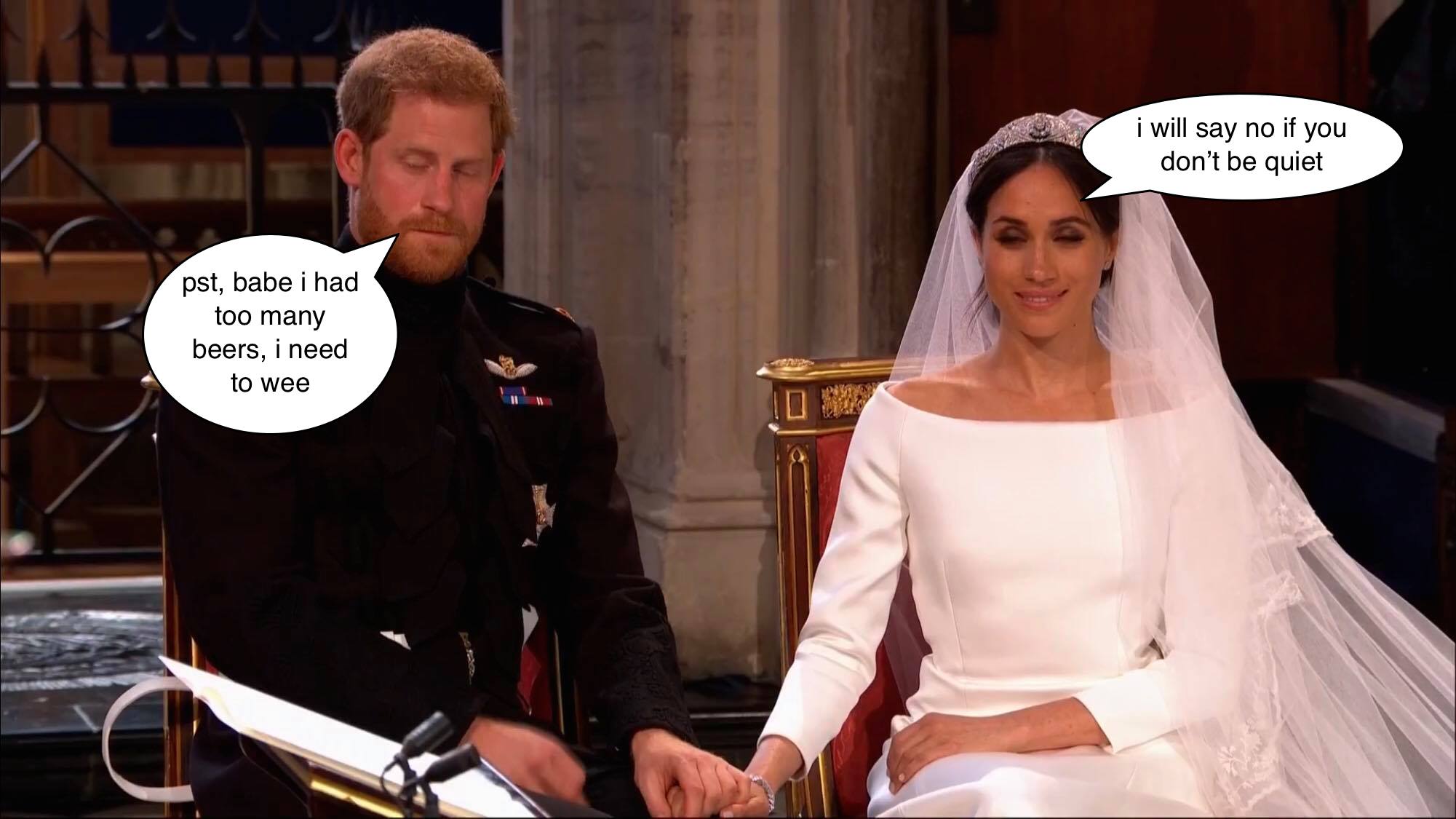 and continues some more… 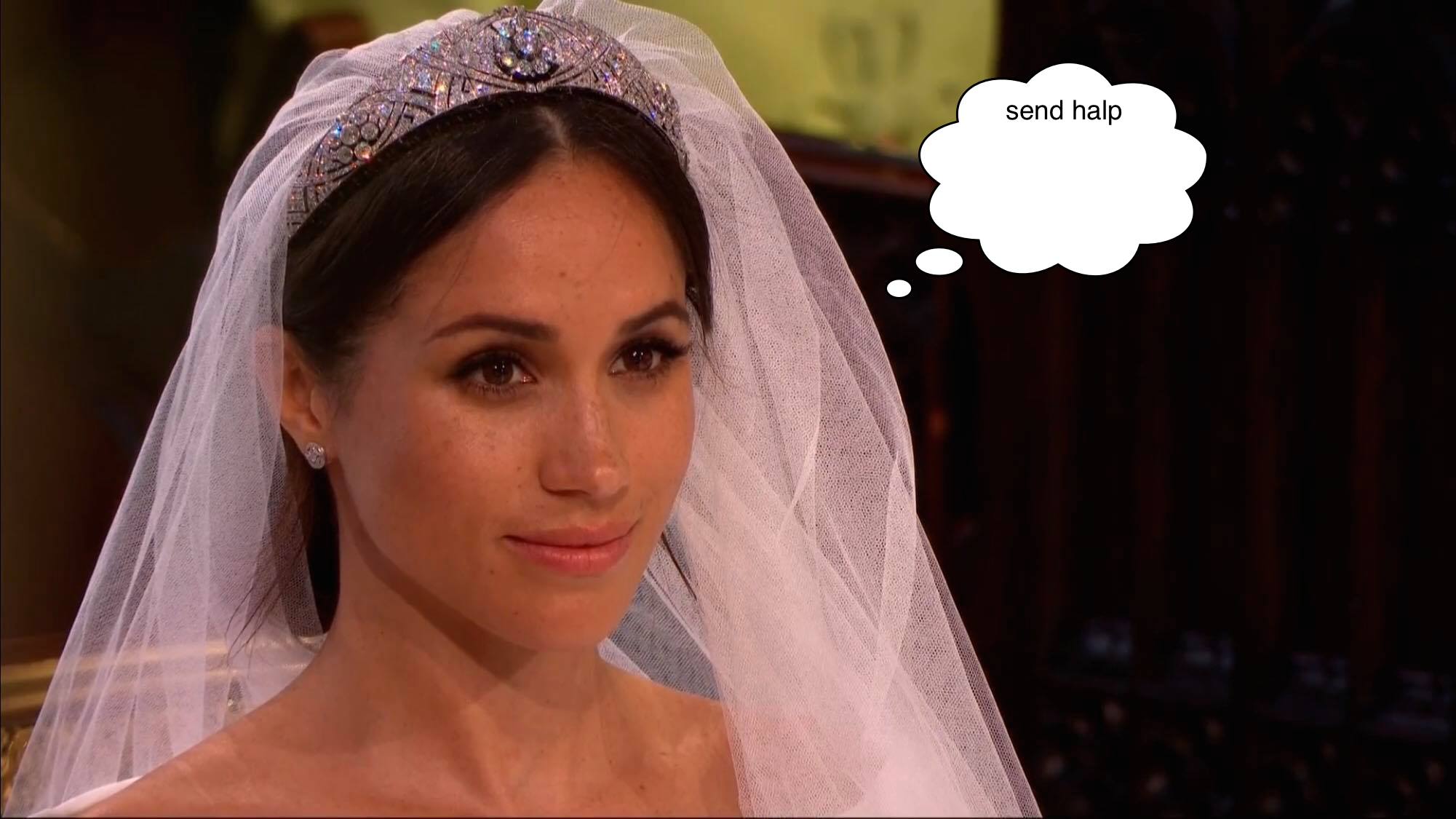 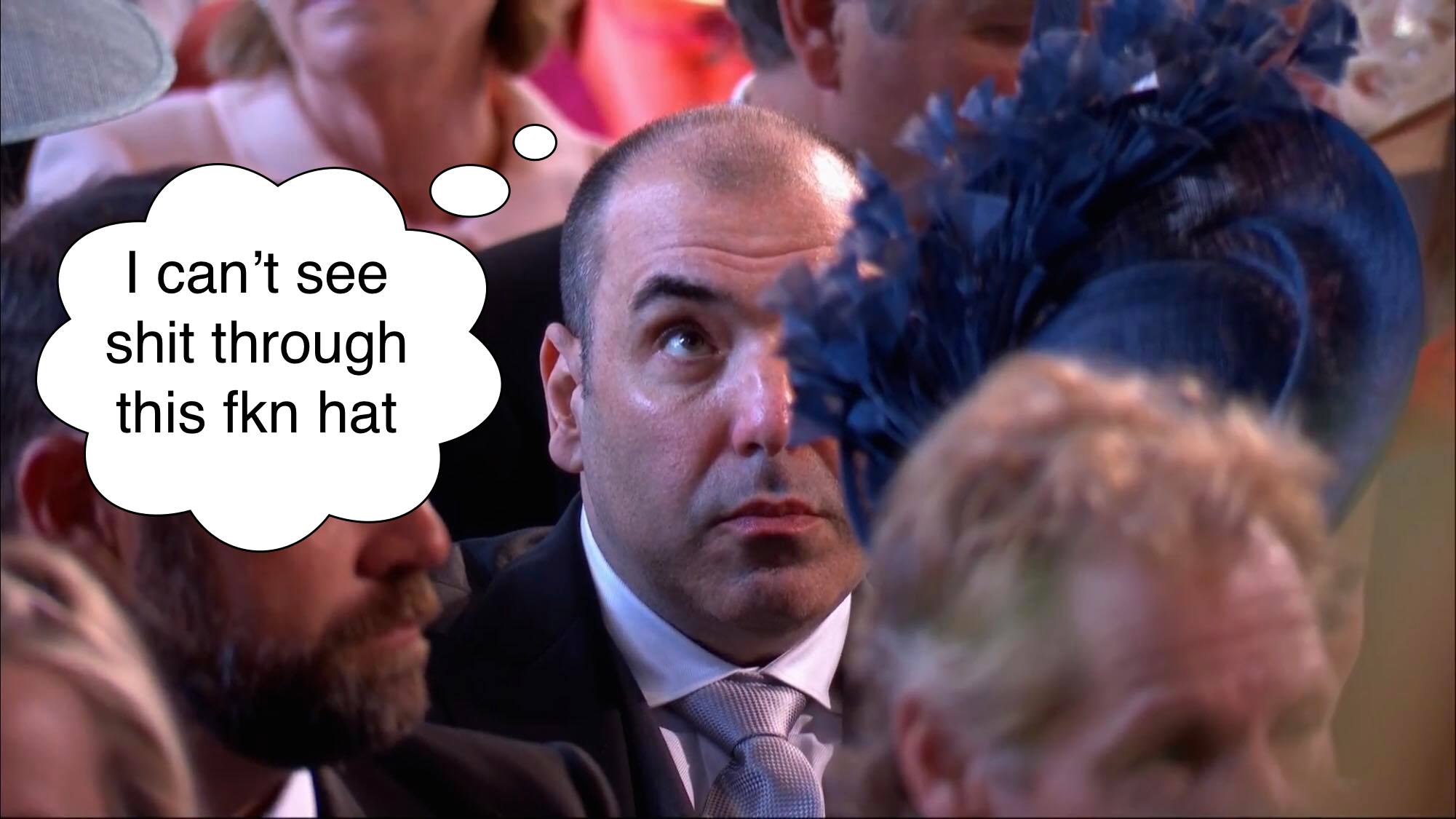 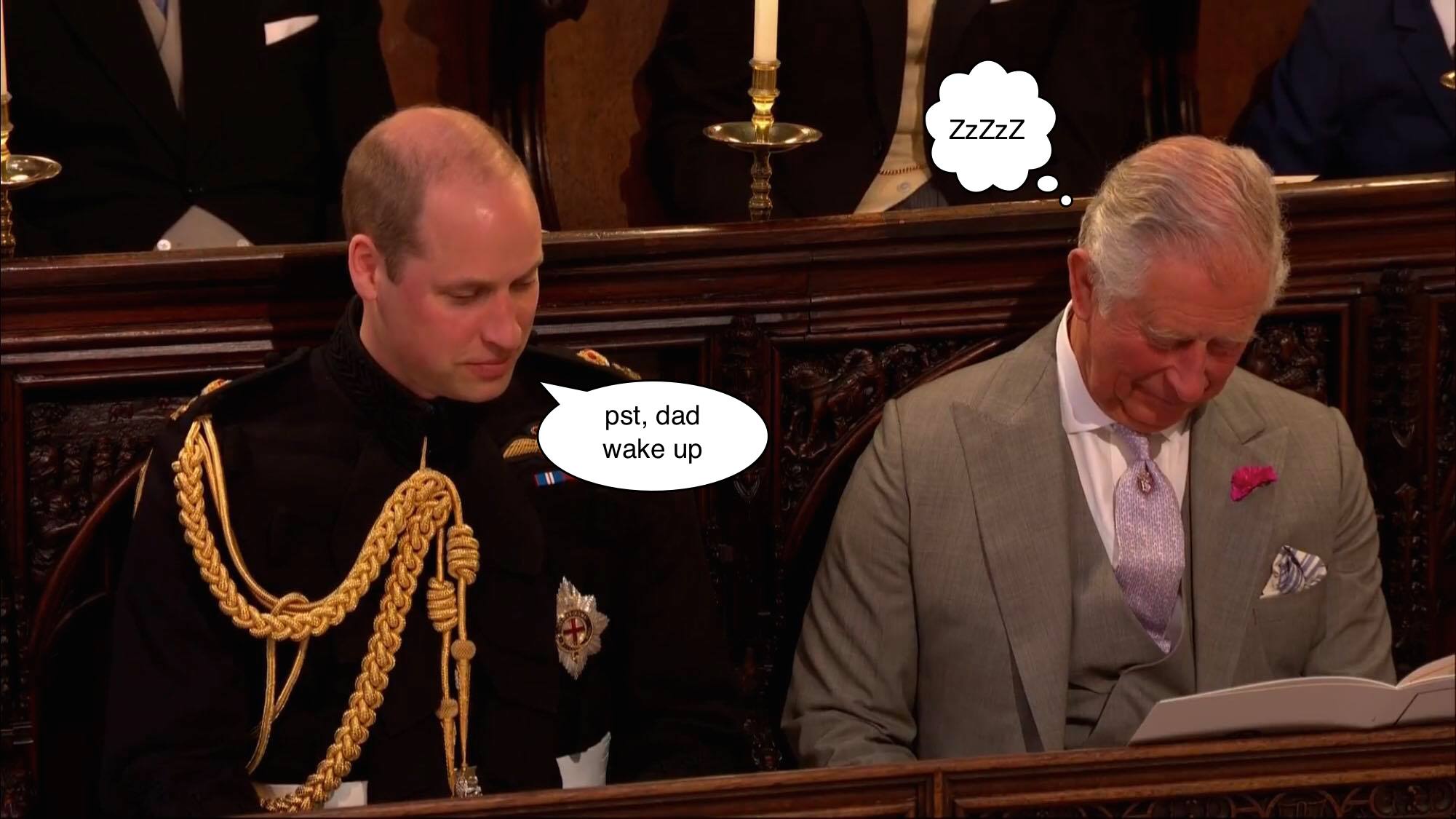 A period of time longer than Kim Kardashian’s first wedding passes and they FINALLY get back up to get the official stuff out of the way.

After some pretty standard vows, a few more people get up to bore everyone with more talking and they don’t even have the enthusiasm of the prior chap with his flailing arms and changing pitch. 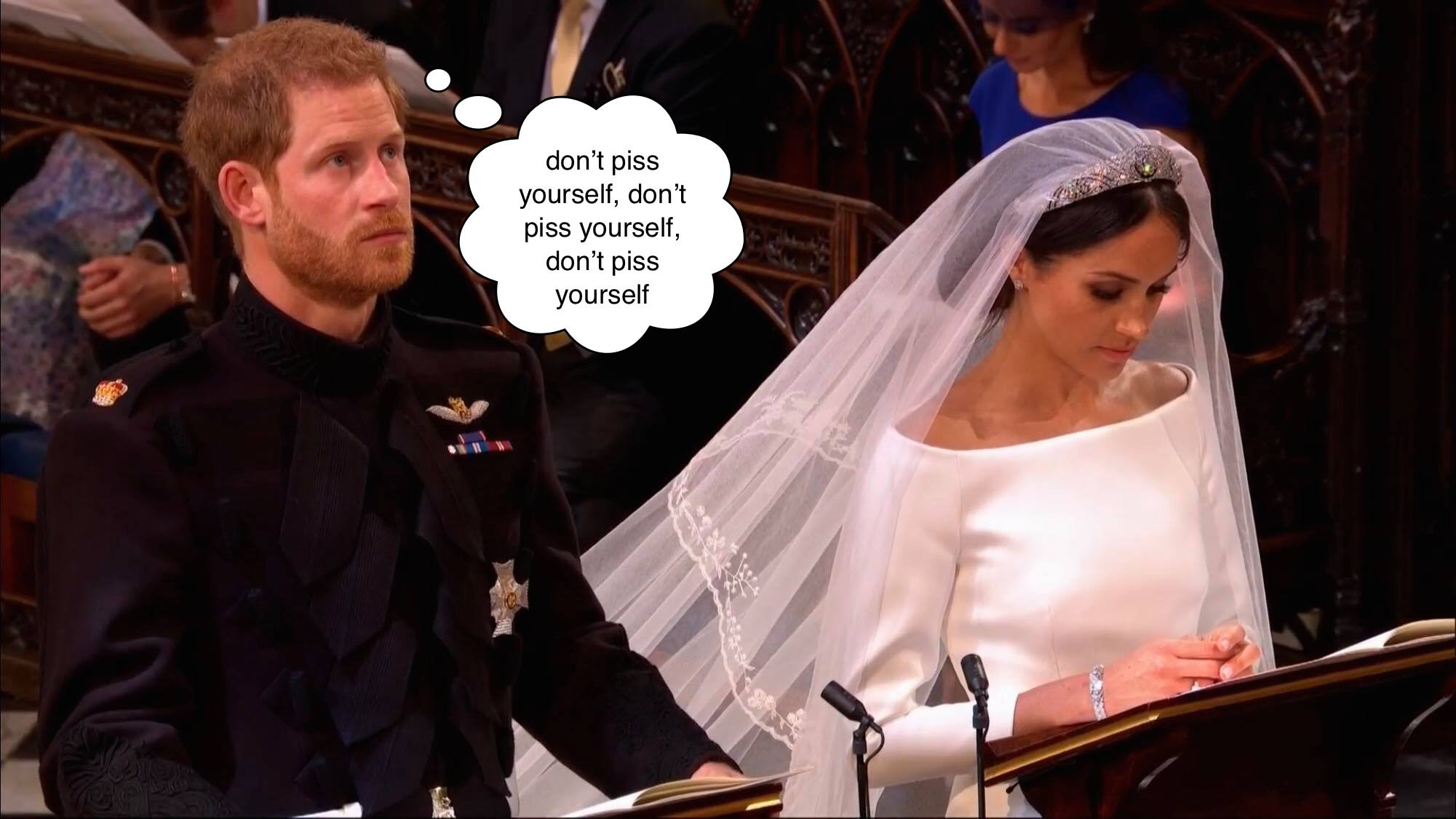 As they get up for yet another lovely hymn, Kate realises she can’t actually hardly breath in the spanx she bought that hide the fact she gave birth a mere fortnight ago. 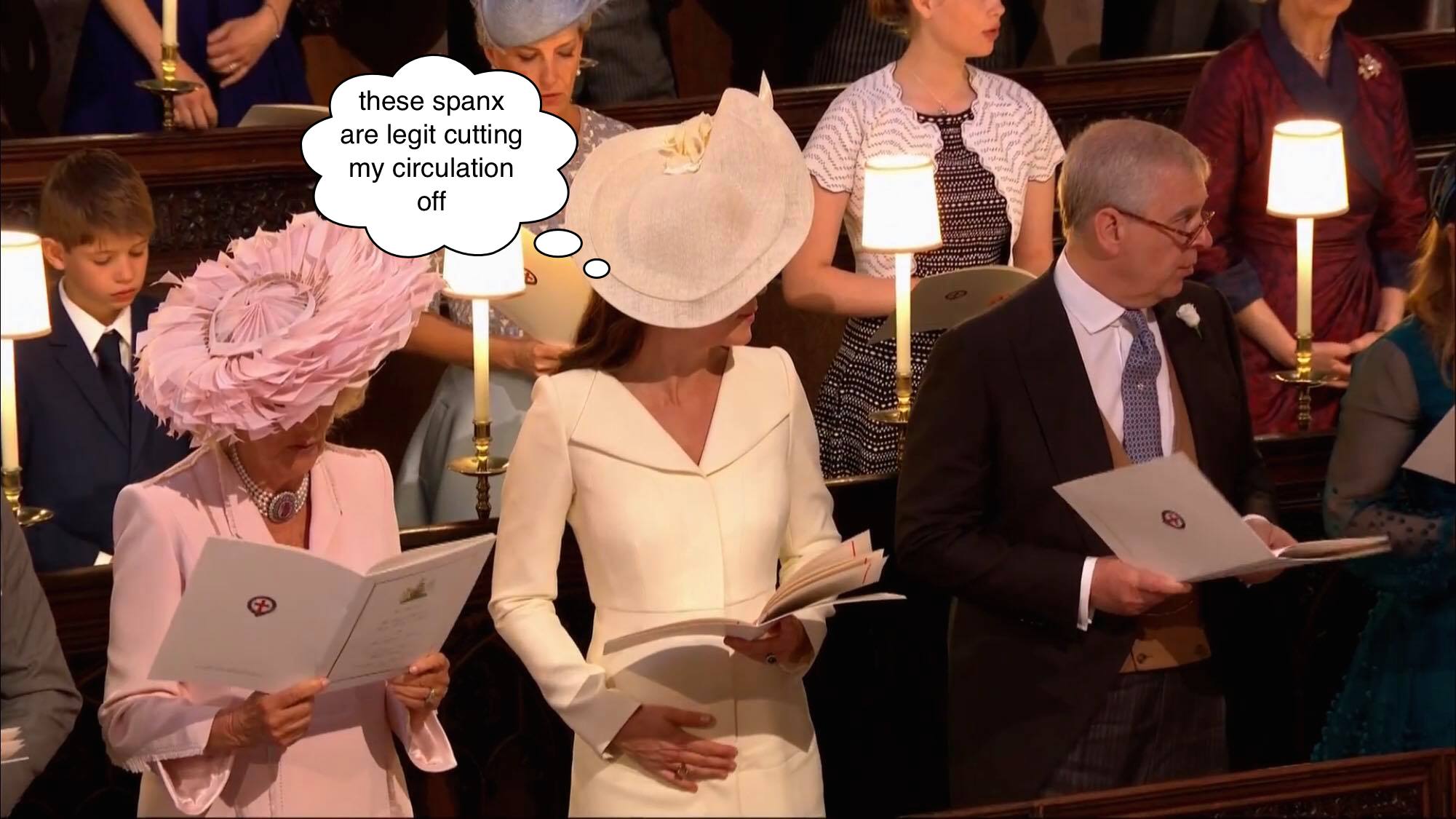 Some chap is making his career shine through a few long-ass violin songs. 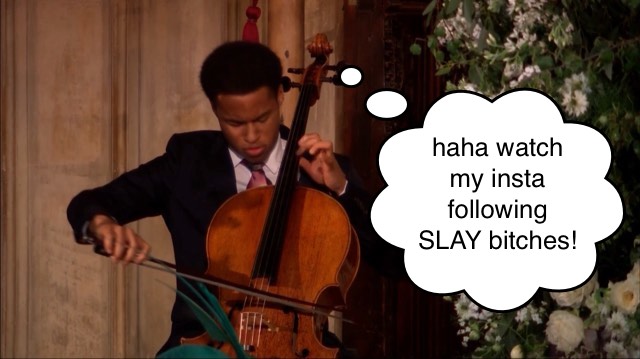 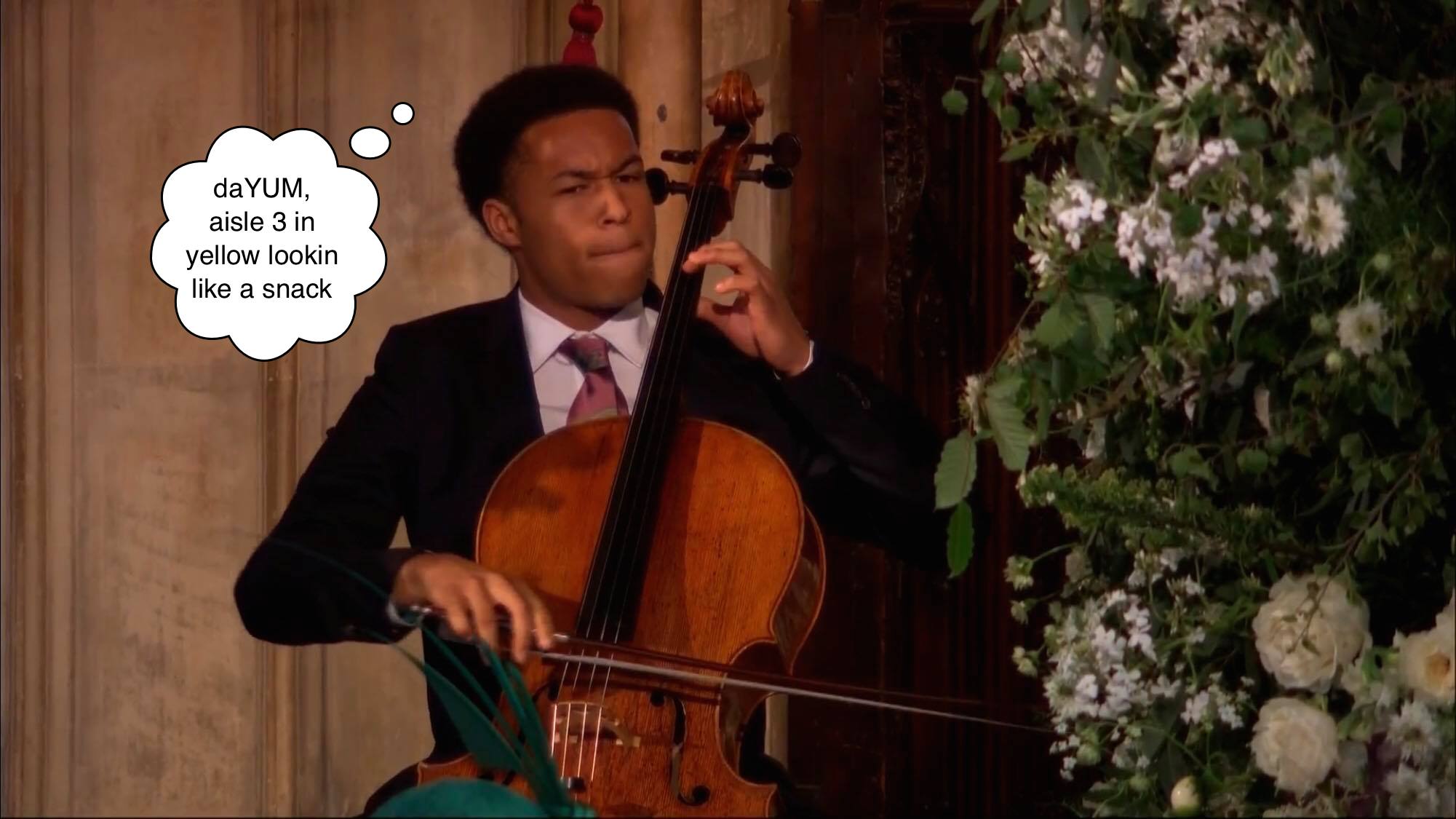 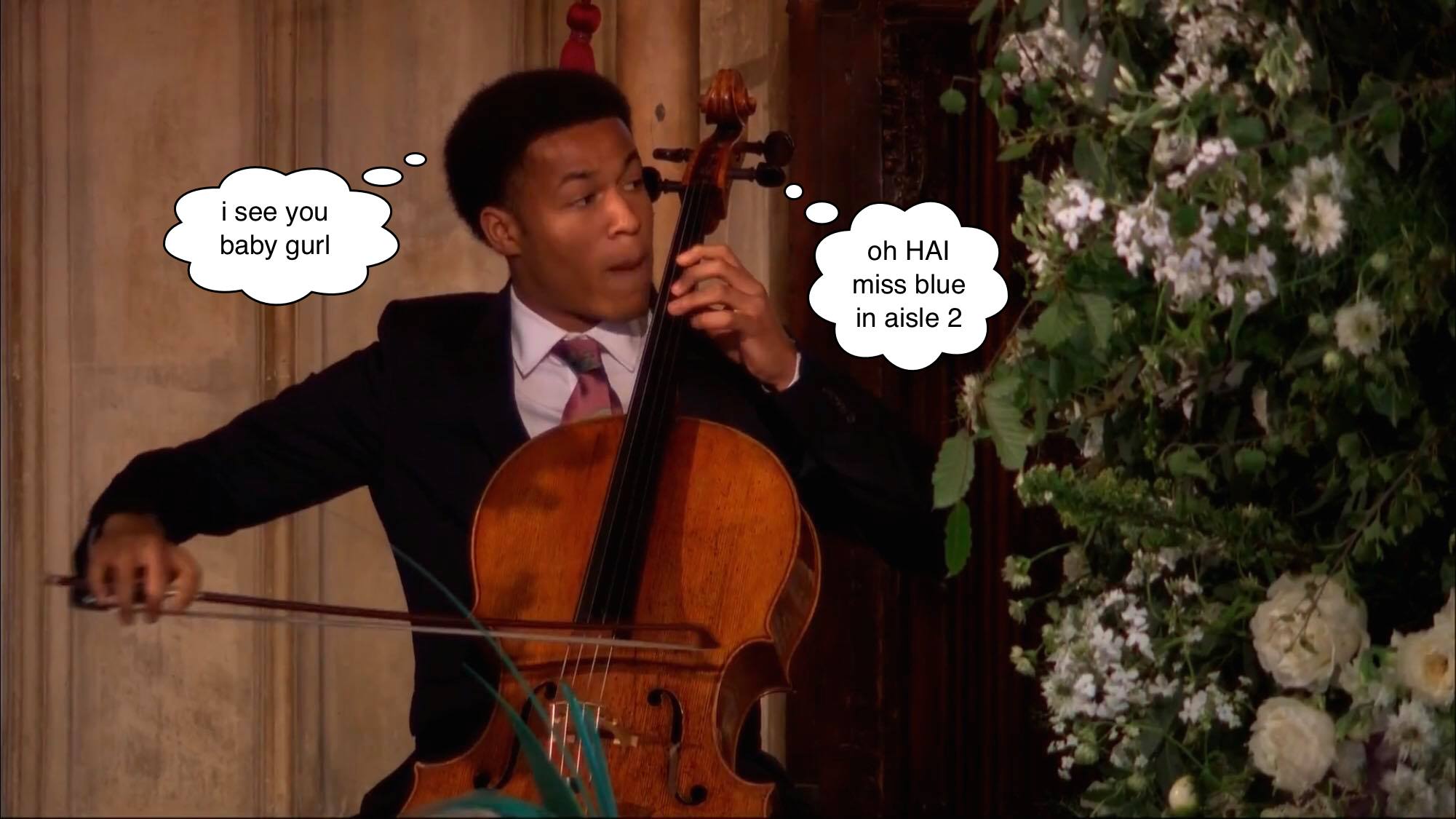 The queen continues to look like she’s having a brilliant time, glaring daggers at anyone and everyone. 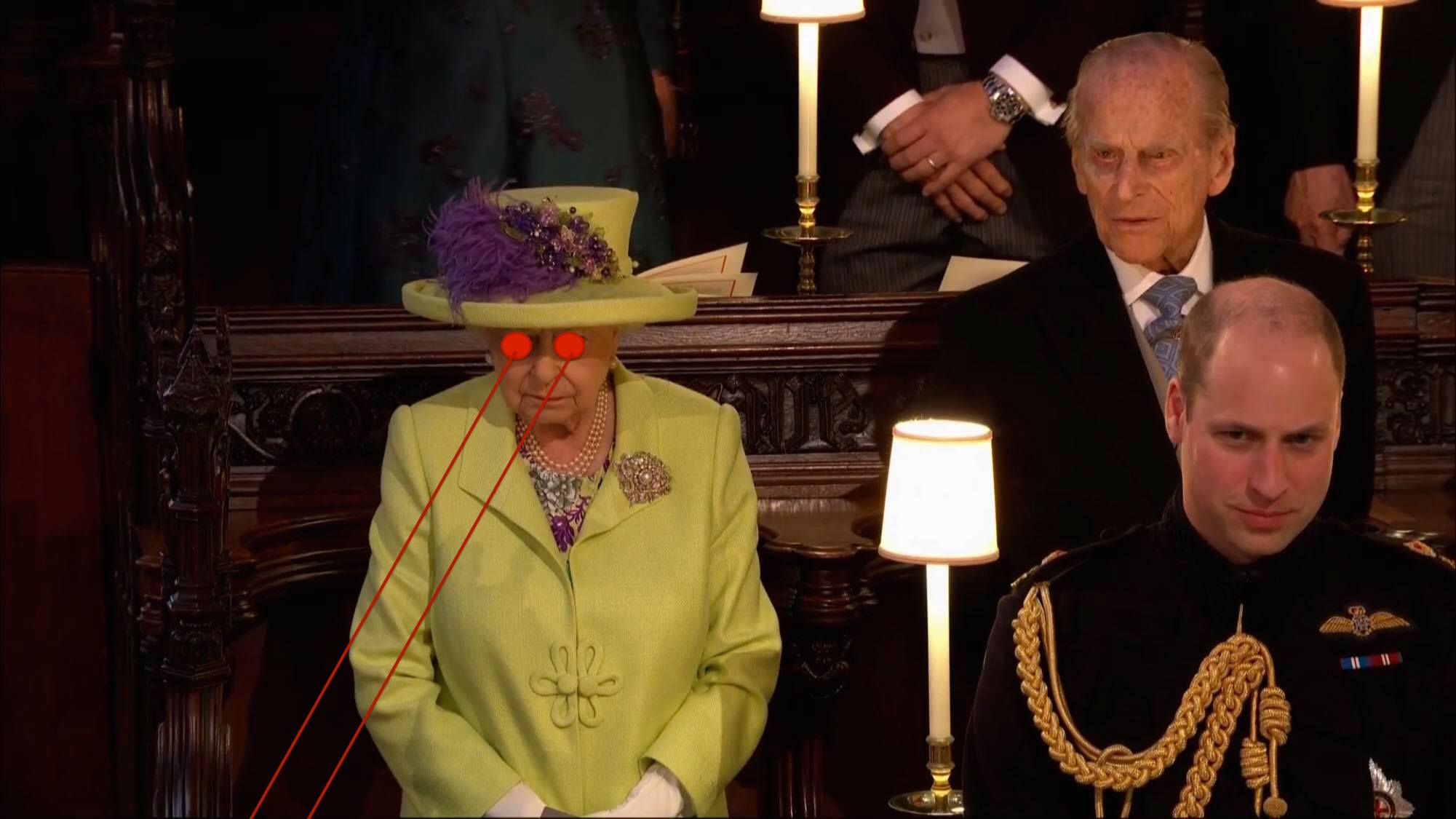 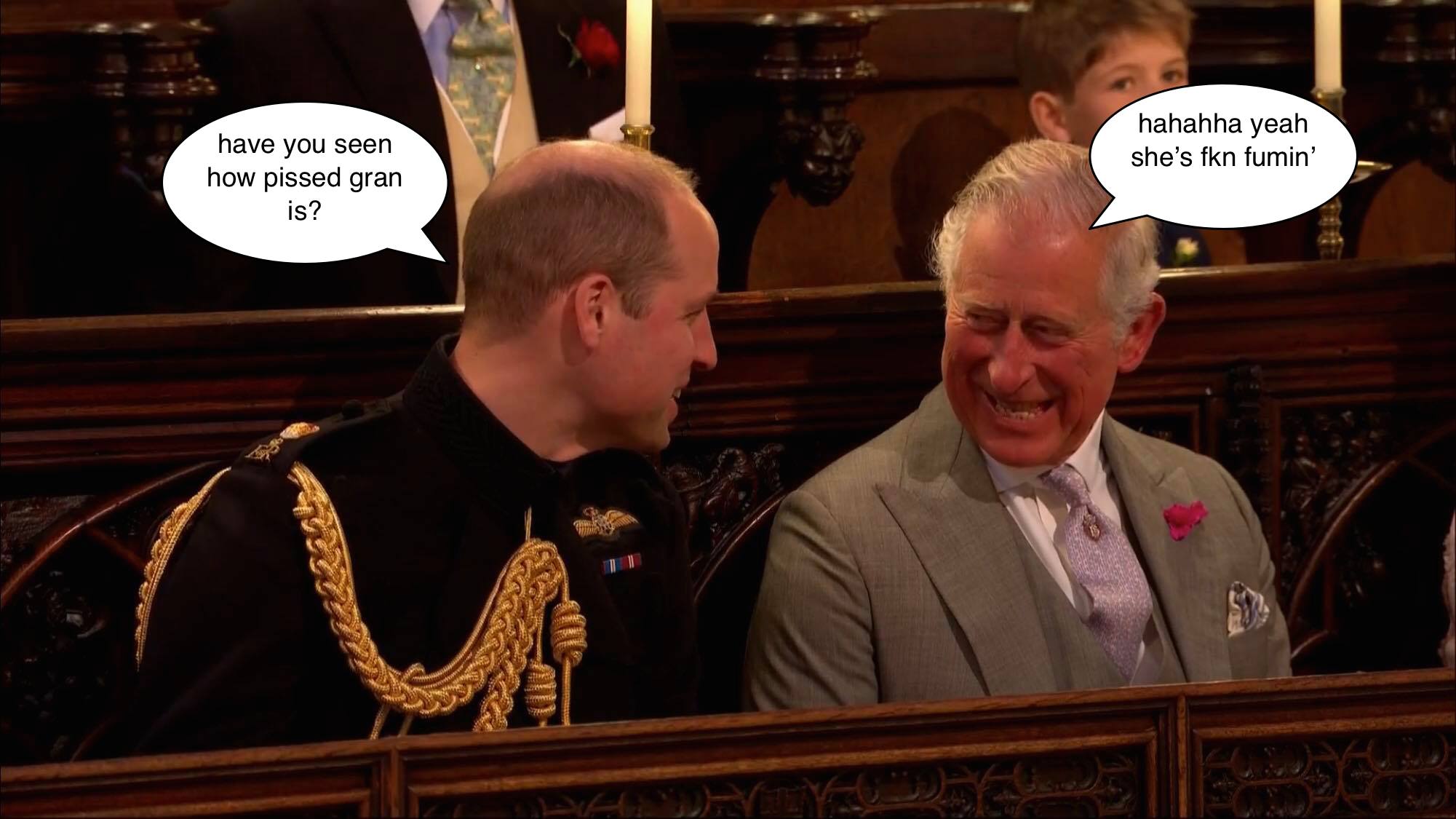 The kidnapped kindy kids are getting really bored with all this hullaballoo and are keen to get back to finger painting. 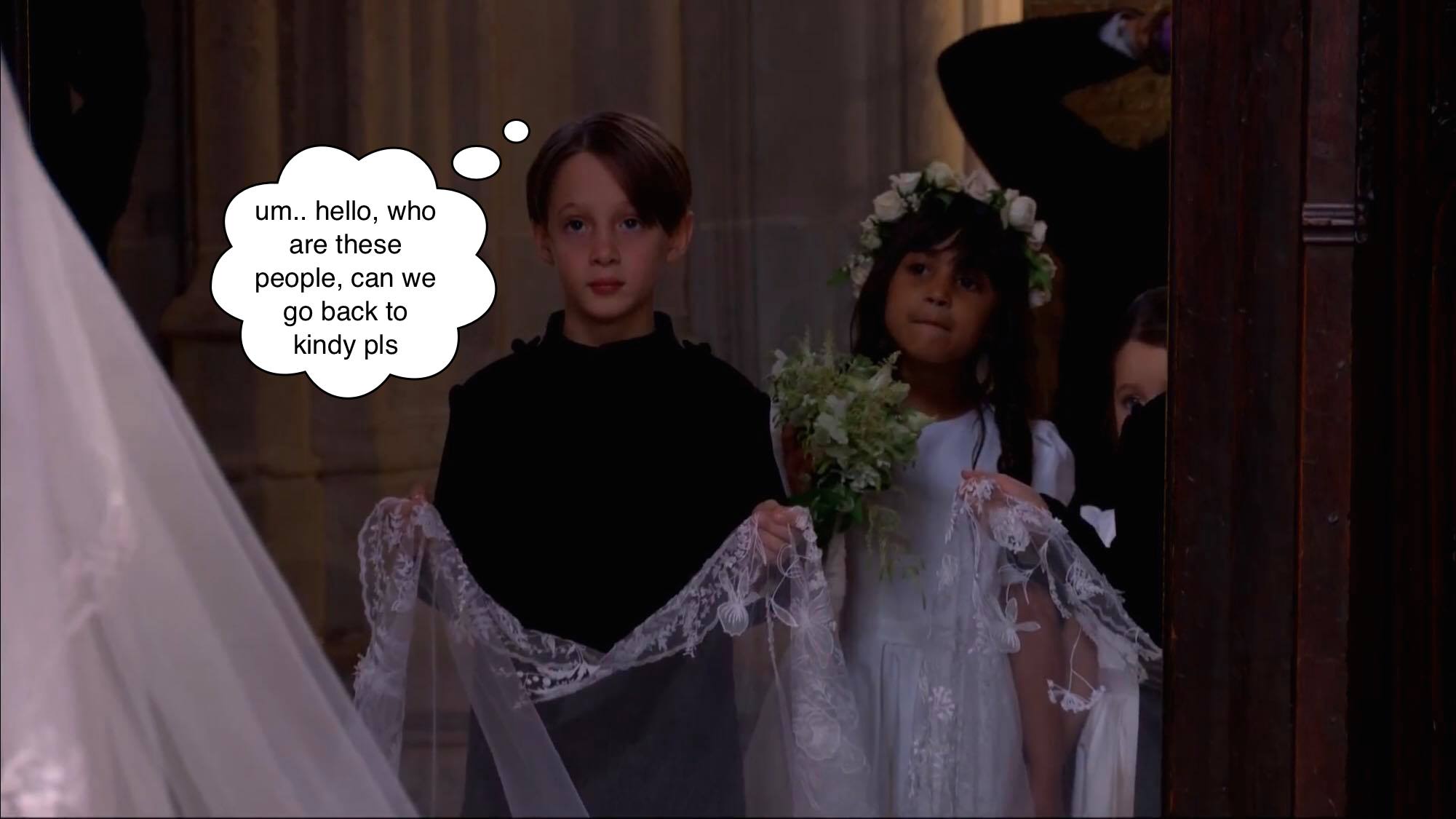 The world’s longest and most boring wedding ends and Mr and Mrs…. (um, prince harry? ), have a smooch, and jump on some horses to hurry along to the reception. 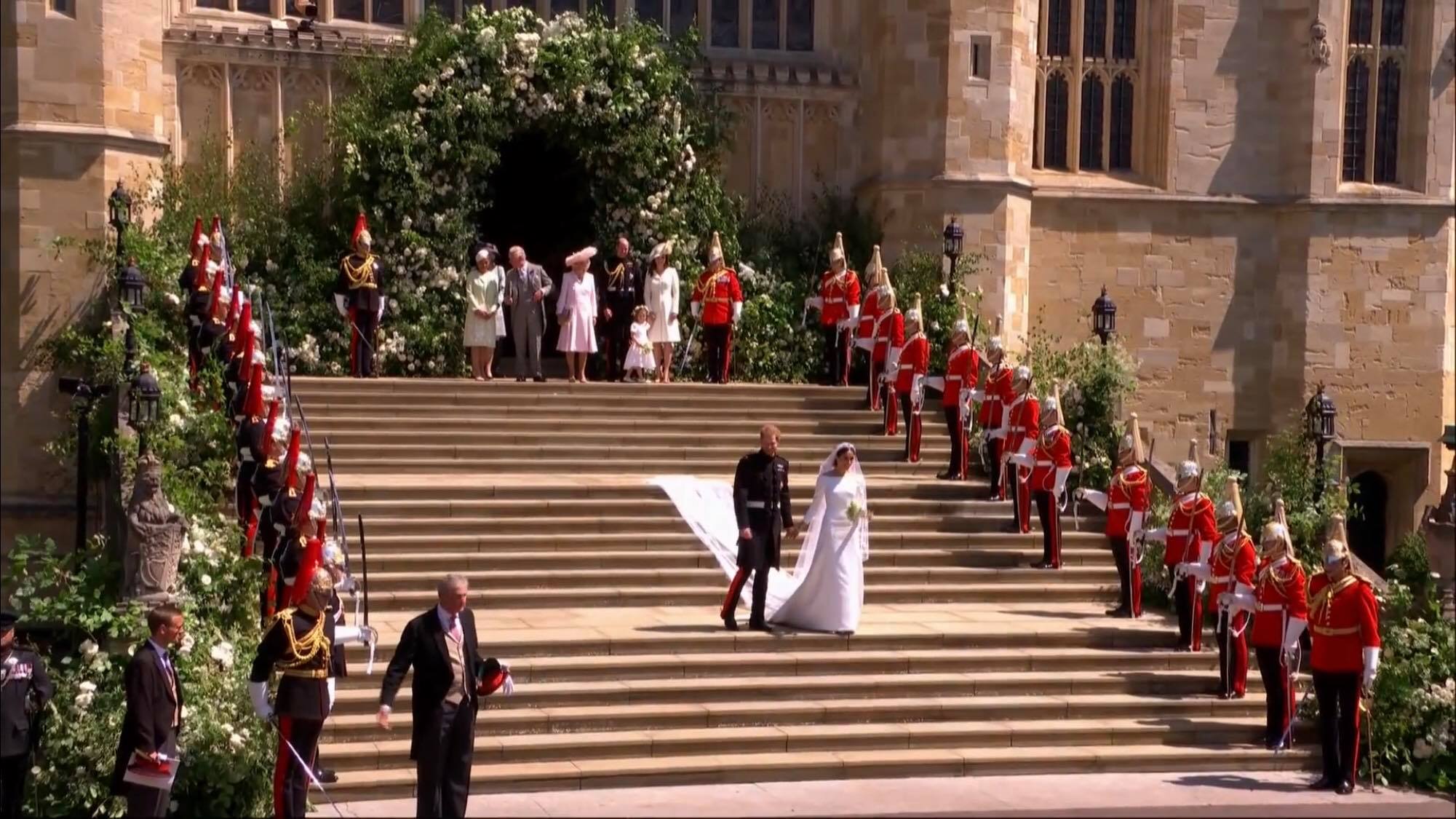 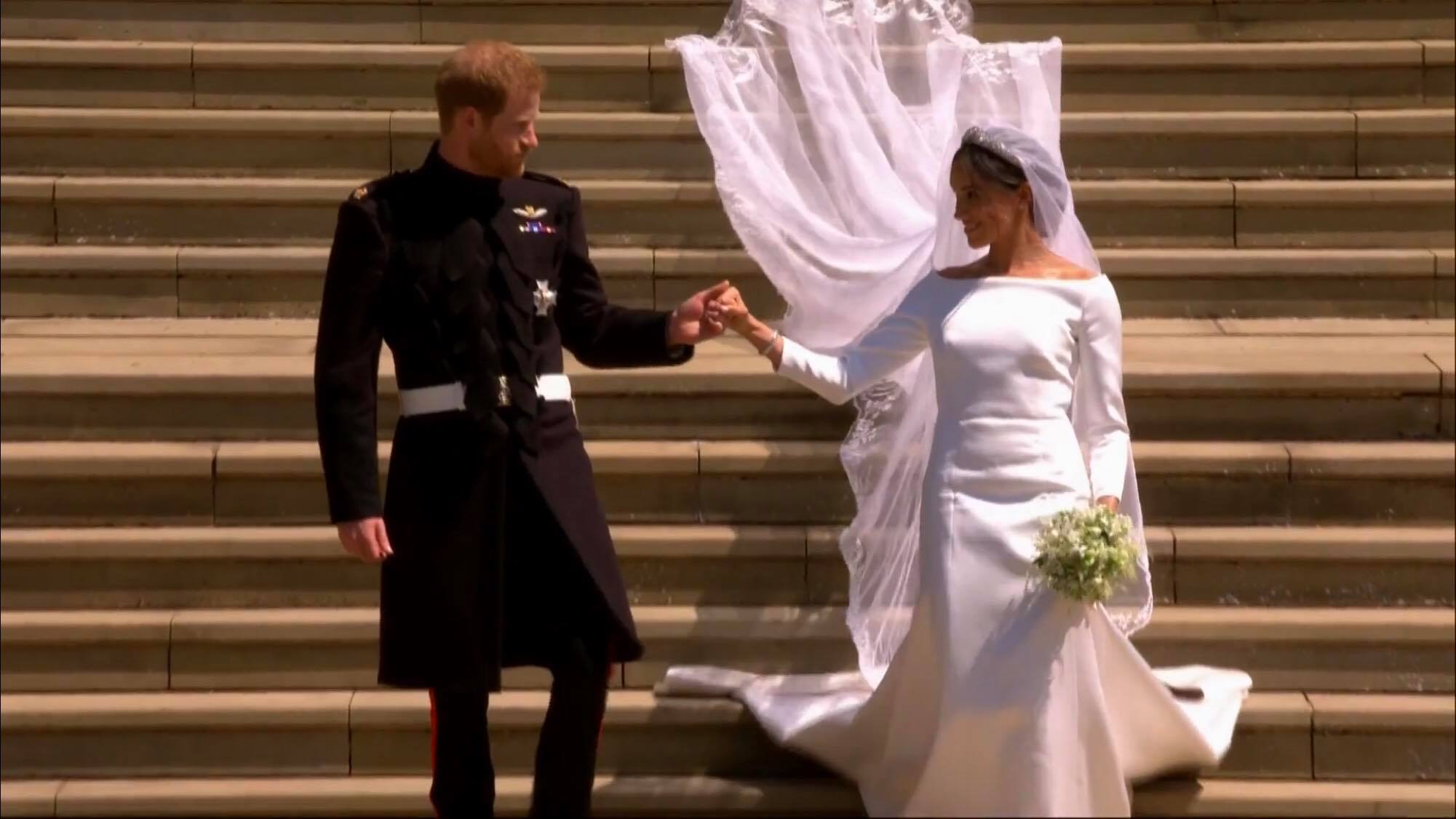 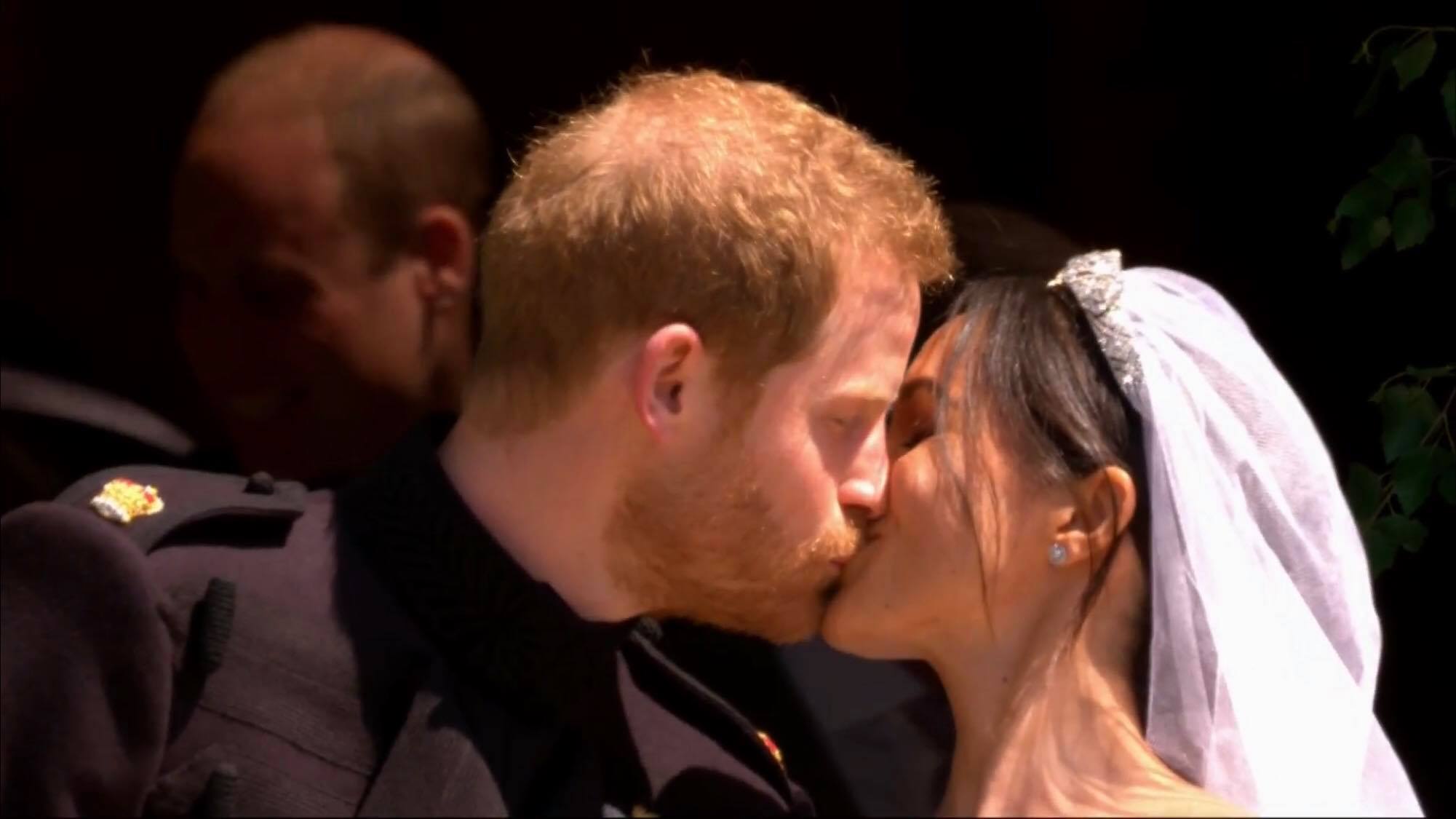 Brilliant. I’m so glad I spent my Saturday night like this.