The 2019 Oscars were probably the least hyped iteration of the show in the ceremony’s history. There was none of the usual fanfare or speculation and the red carpet was noticeably mild this year compared to others.

However, never judge a party by its hype (or lack thereof).  Plenty went down at the 91st Academy Awards and we’ve got the tea on all of it.

This just in, Lady Gaga is pregnant (probably)

Anyone with a brain could see how steamy things were getting between Lady Gaga and Bradley Cooper during their rendition of ‘Shallows’. The pair who are “just friends”, practically made a baby on stage.

The chemistry wasn’t lost on those watching the Oscars on their screens so we can’t help but wonder what Cooper’s partner, Irina Shayk who was sitting in the front row, thought of the performance.

When Gaga accepted her Oscar for Best Original Song, she addressed Cooper personally saying, “There is not a single person on the planet that could have sung this song with me but you. Thank you for believing in us.”

Sorry, Irina, but you might want to hit up Khloe Kardashian for tips.

There was no host

After a series of homophobic tweets surfaced earlier this year, comedian Kevin Hart was made to step down as the host of this year’s Oscars. The Academy chose not to replace Hart which meant for the first time since 1998, there was no host.

At awards shows, we wear pink

Pink was having a red hot moment at the Oscars this year. Marie Kondo sparked joy in a softer shade of pink complete with sequins, while Black Panther star Angela Bassett went all out in a one-shoulder structured hot pink number. Kacey Musgrave fell somewhere in between with a pink Giambattista Valli dress that looked a little bit like a loofah while Gemma Chan wowed us in the perfect OTT magenta dress (complete with pockets). 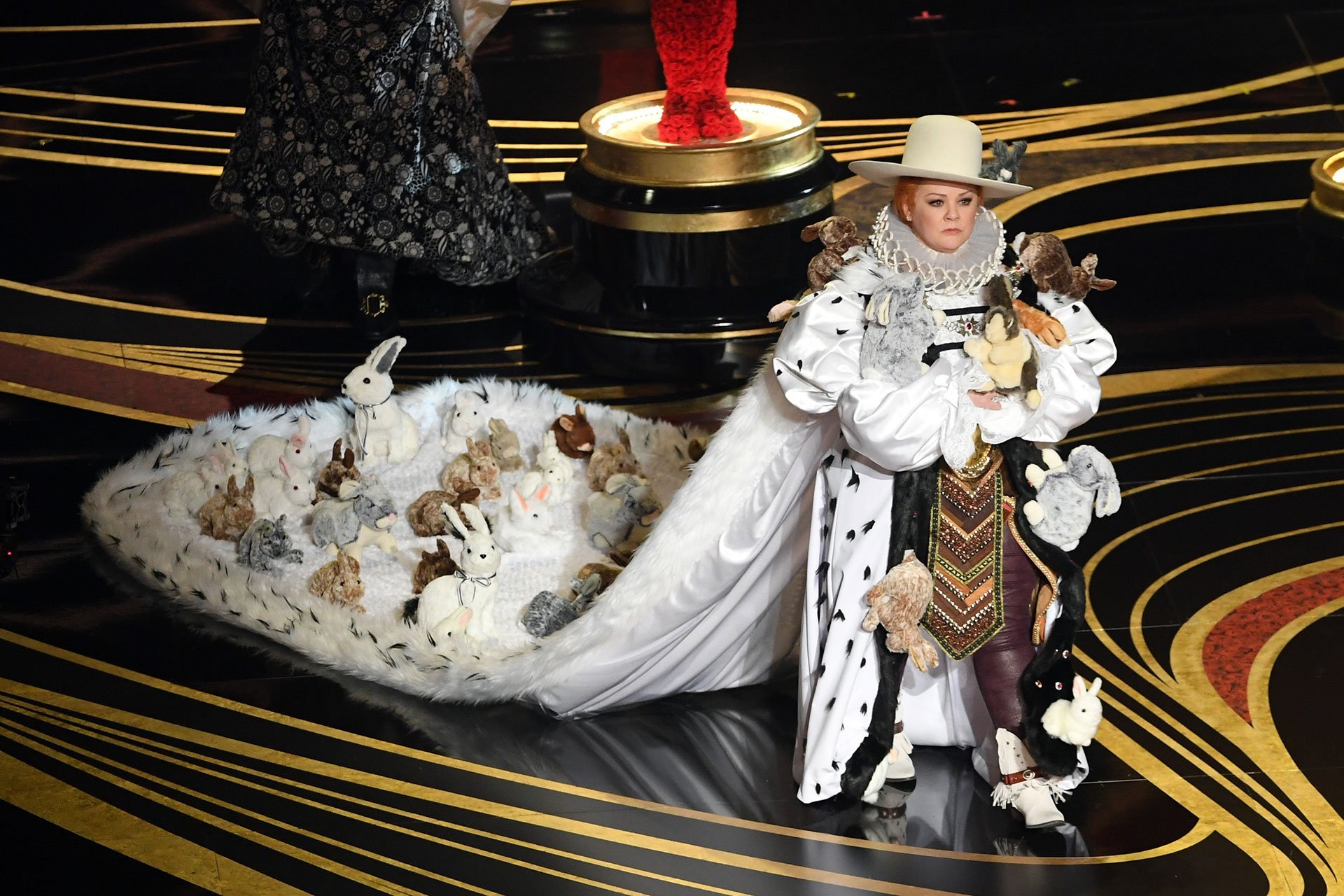 Along with her presenting partner, Brian Tyree Henry, Mccarthy took something from the wardrobe of literally every movie nominated in the Best Costume Design category. Decked out in a regal cape a la ‘Mary Queen of Scots’, McCarthy’s train was decorated with no less than 17 stuffed bunnies.

A film about periods won an Oscar

Yup, you read that right. ‘Period. End of Sentence’ by Rayka Zehtabchi took out the award for Best Documentary Short. Not only is Zehtabchi the first Iranian-American woman to win an Oscar, but she’s only 25-years-old. You can catch her 25-minute documentary about girls in rural India who are made to drop out of school when they first get their period on Netflix. 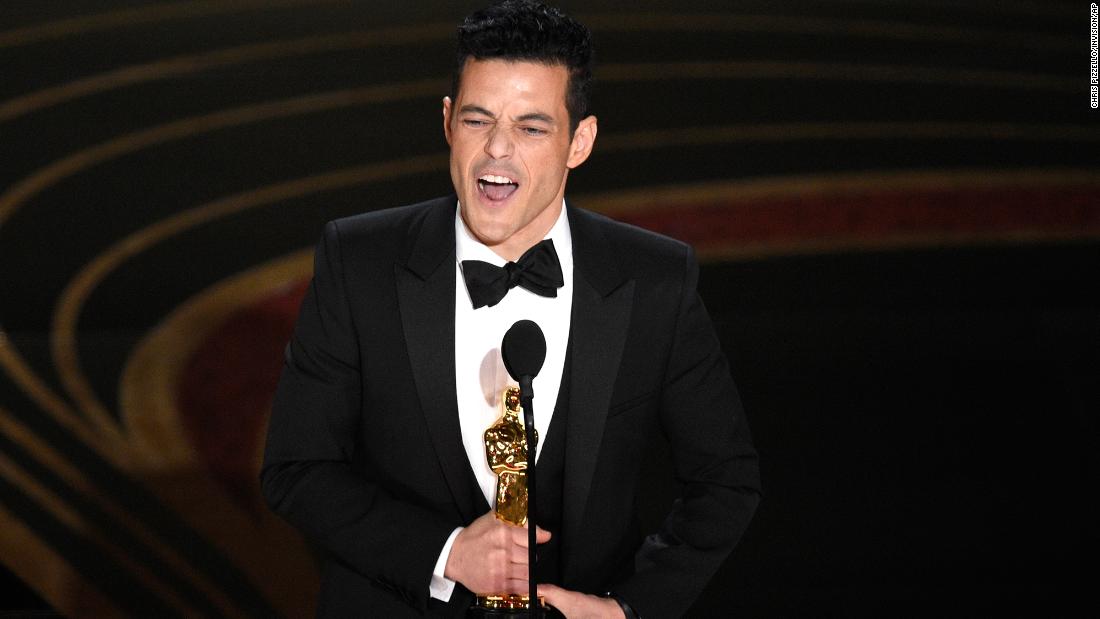 Malek won Best Actor for his portrayal of Freddy Mercury in the biopic ‘Bohemian Rapsody’, but it was his speech that left us weak at the knees. Rami kissed his onscreen and real-life girlfriend Lucy Boynton no less than three times before gushing about her in his acceptance speech. Move over Gaga and Cooper. Malek and Boynton are the real power couple at the Oscars.