If you’ve been anywhere near YouTube in the last few weeks I guarantee you know all about Shane Dawson and Jeffree Star. If you don’t, first of all, what have you been doing with your spare time? Secondly, how did you let that happen? How anyone could be oblivious to the Jeffree Star Cosmetics X Shane Dawson collaboration is beyond me. The drop is so hyped it’s still trending on Twitter 24-hours post-announcement. Not even the Tati Westbrook and James Charles drama had this kind of longevity. However, if you feel the need for a TLDR, this is it.

Here is everything you need to know about Shane Dawson, Jeffree Star and their soon-to-be sold out collection.

Who is Shane Dawson?

Shane Dawson is my internet best friend. I don’t even care if that sounds lame. I’ve been watching his content for 10 years and have all of his merch. 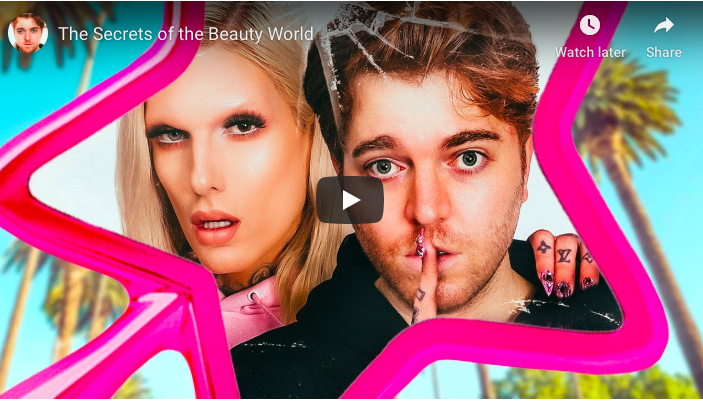 I don’t want to oversell it here, but literally, the man is the king of YouTube. I’m sure each of his 23 million subscribers would say the same thing. Over the last decade, he’s dabbled in everything from food videos, vlogs, skits, conspiracies and what became his popular work, docuseries. If you haven’t seen his videos before, I suggest you start there.

What is he doing with Jeffree Star?

Jeffree’s palettes are super popular with his audience because of the way they push boundaries. He’s never released a boring neutrals palette, didn’t jump on the pinks and reds trend that took over last year and gives his followers behind-the-scenes access to his collections. Which brings us to his latest release, The Conspiracy Collection, made in collaboration with Shane Dawson.

When Jeffree and Shane announced they were teaming up for a collection, I just about fainted. And yes, you bet I’ll be up at 4am on Saturday shopping this collection (on Showpo, obvs).

In true YouTuber fashion, Shane has been vlogging the entire process on his YouTube channel. After six eps, we finally got a look at the end result in an hour-long reveal video. And no surprises, it’s been trending at #1 worldwide ever since. Run, don’t walk and watch it right now. 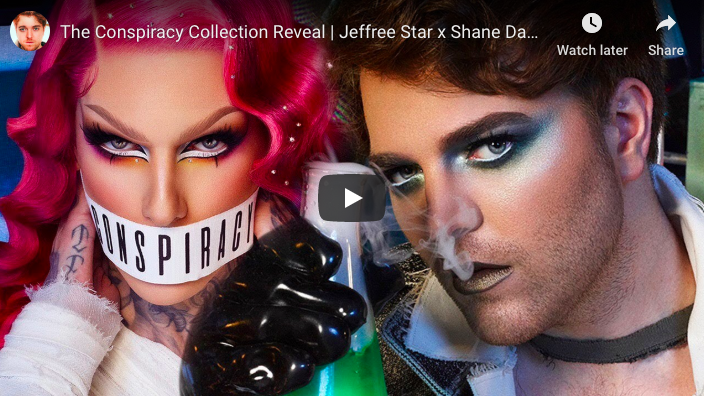 So how do you get it?

The Conspiracy Collection launches this weekend at 10am Friday morning U.S time. You might have glossed over it before when I said I was waking up at 4am to shop the collection. That was no joke. Unfortunately for us Aussies, that’s what time we need to have our Paypal accounts at the ready. The collection is definitely going to sell out and I for one am not missing out.

If you’re an Aussie girl you know shopping beauty collabs like this isn’t always easy. We miss out on a lot because of where we are in the world, but luckily I’ve got a hack for The Conspiracy Collection.

I can’t believe the world is finally seeing the reveal of the #Conspiracy Collection!!! 👁 Honestly I couldn’t have asked for a better person on the planet to collab with 💯 Thank you @shanedawson for giving this project your entire heart and soul! 🐷 #ShanexJeffree And thank you @AndrewSiwicki for being there every step of the way. #jeffreestarcosmetics #conspiracypalette

If you don’t want to wait what will seem like 12 years for the collection to arrive at your door, you’re in luck. If you take advantage of Showpo’s Saturday delivery options, you can be one of the first in Australia to get your mitts on the limited release. Like I said, run don’t walk.

Same-day delivery is available in all Sydney metro areas on a Saturday. If you fall outside of that area, worry not. Our express shipping options will have the palettes and liquid lipsticks winging their way to you ASAP.