It’s with mixed emotions we announce that Alex, our General Manager, my right-hand woman for the last 7 years, is moving on from Showpo. Yep, she’s got the 7-year itch, a sign of her innate entrepreneurial spirit.

As I started to write this announcement, I got excited because it made me reflect on everything we’ve been through together. So here’s a bit of our love story…

It was a St Patrick’s Day party when I met Durka, at a mixer for Aussie startup entrepreneurs. I was running my own one-man operation in my parent’s garage so was super excited to meet like-minded bitches and gleefully approached Durka for an intro. Much to my disappointment, my “Hi Alex, I’m Jane, really great to meet you!” was matched with a “hey…”! What a bitch! I thought.

A month later, I was invited to Jack Delosa (CEO & Founder of The Entourage)’s birthday weekend away in Palm Beach. Prior to joining The Entourage, I didn’t really have any friends in the startup crowd. All of my friends worked in the corporate world. So I was pretty chuffed about being taken in by one of the trailblazers of the Sydney startup scene.

Keen to make more new friends in this space, I jumped on the Facebook event and asked if anyone wanted to carpool with me up to Palmy.  Much to my disappointment, the only reply was from… Alex Durkin.

Oh god. How awkward. What are we going to talk about?

But don’t worry, I’m resourceful. I managed to scab an invite for my friend Peter (such a faux pas, my bad, thanks Jack!) just so he could ‘endure’ most of this 2-hour awkward car ride with me.

That Friday night after work, I picked Durka up in my boyfriend’s car and something about being on the brink of running out of petrol, the car stalling at the most inconvenient places, being honked at by inner-city traffic etc; gave us this weird adrenaline kick and broke the ice as we giggled our way through rush hour congestion.

From there on, we talked and laughed non-stop about our business aspirations and about life (tbh it probably wasn’t that deep, probably more about our lives up until that point and about boys).

We picked Peter up half an hour later. He jumped in the back seat. Was introduced to Durka. And Durka and I kept talking. She was sharp, smart and straight-talking.

Half an hour later, I looked at the rearview mirror and realised that I had been so distracted by Durka that we had forgotten about Peter and he was fast asleep to the soothing sounds of business talk. 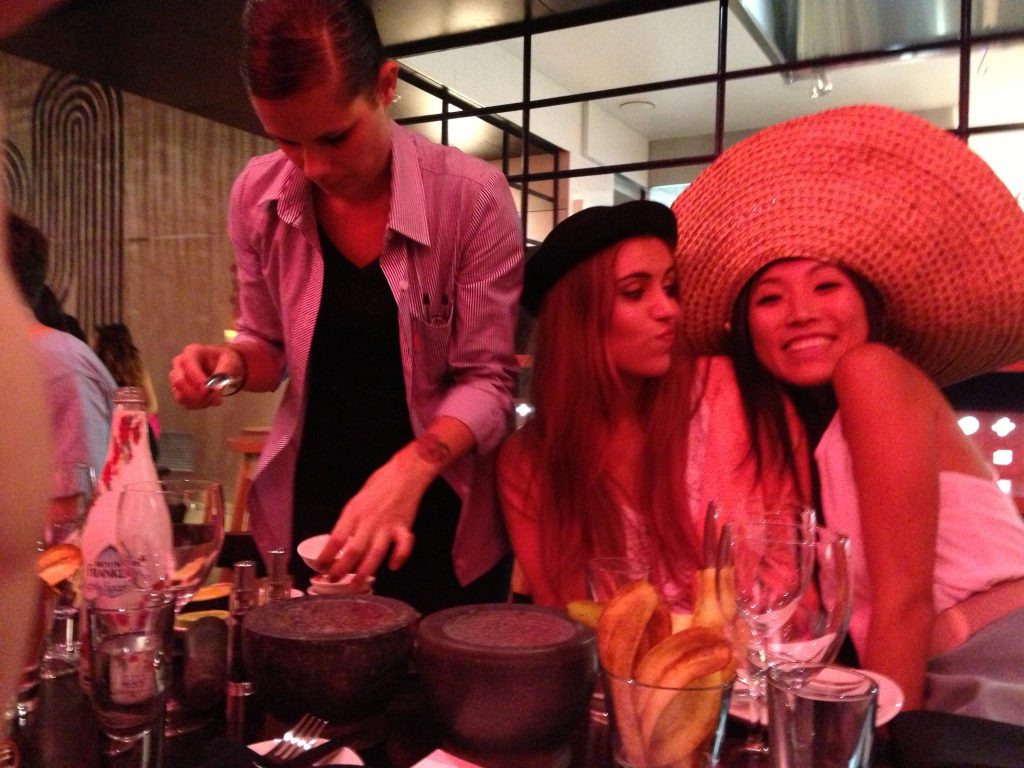 HOW THE BUSINESS RELATIONSHIP HAPPENED

A month later, Durka calls me up and invites me out to lunch. We go to a food court for laksa.

“So, what’s up Alex?”, I ask? I’m a sociable friendly person, but since buying out my business partner just 5-months prior, the business had grown from $5,000 in monthly sales to $140,000. And despite having 4 team members helping with customer service and the orders, I was working on the business by myself. Unless I was going to get some help by way of an Ops Manager or something, I didn’t have the luxury of time for small talk.

“Well, as you know, I’m looking to work in a startup. And since you have a big network, maybe you know of someone who’s looking?”, she asked.

You’re kidding! Ask and you shall receive, right? For both us.

Durka said that she eventually wanted to start her own business, but would give me two good years (obviously she didn’t stick to that promise – 7 years later hehe). Anyway, to this day, we still debate about whether Durka was fishing for a job!

Durka joined in June 2012. Initially on a trial basis so she could test Showpo out before coming to the job. I was shocked, and very impressed, by her way of thinking. 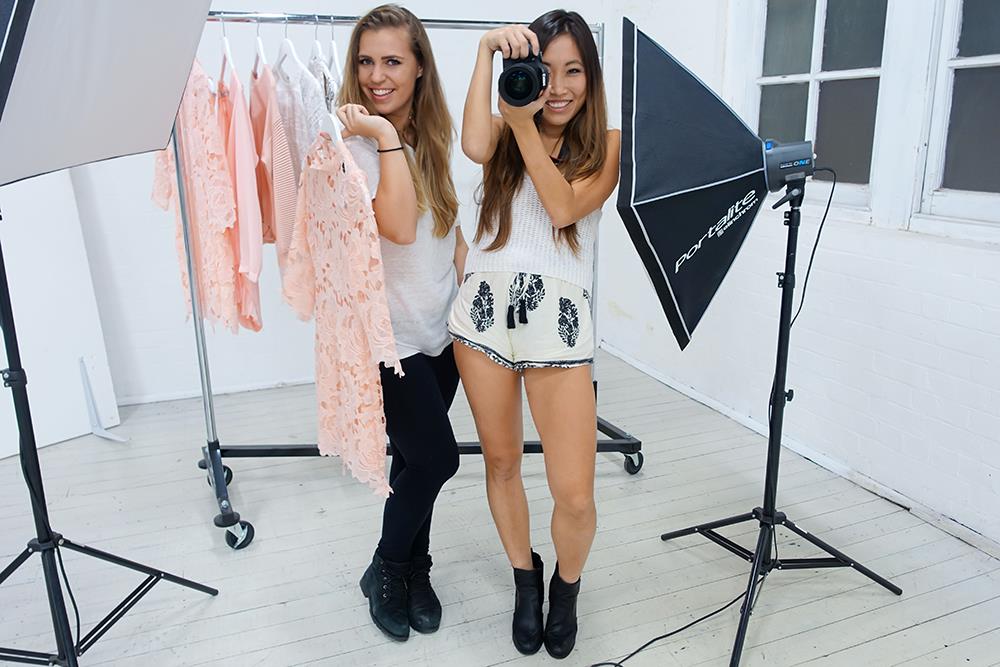 She operated very differently to me. We initially butted heads. A lot!

I was just focused on growth and chasing sales. Durka wanted to take time to first put in systems and processes. I know it sounds obvious now, boring as they may be, those systems and processes are what helped us scale for the phenomenal growth we’ve had. But I honestly at the time thought that she just wanted to do these things for the sake of it or cos’ she read it in some book. I didn’t get it. 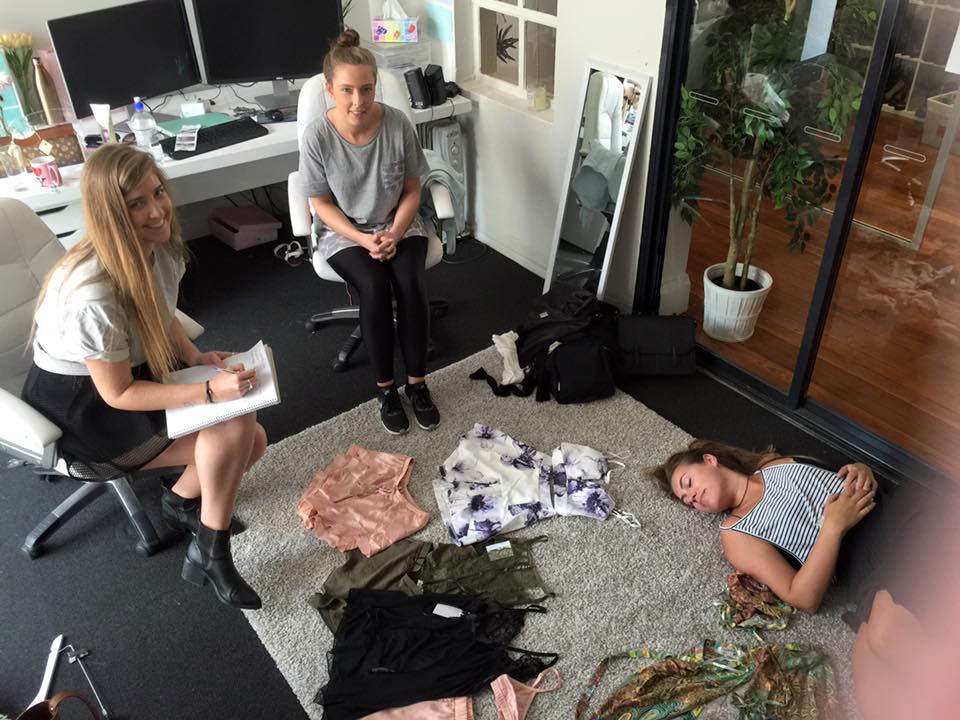 Mix that with the fact that Durka was blunt and I was stubborn. Not ideal.

The animosity between us grew over the next few months of working together and culminated in a show-down at her apartment.

I was still at work late one night and got a text message from her that she wanted to talk that night.

Uhhh…. What does she want now? She’s been frustrating me so much lately, I was getting really fed up. Wants to talk huh? I bet you she wants to quit. Well… not if I fire her first!

When I got to Durka’s apartment, she pulls out two pages of notes. She made a list of all the issues she had with me. Two pages. FRONT AND BACK!

I would’ve thought a hot-headed, argumentative person like myself would’ve stormed out of there and rebutted it all, but I didn’t.

I sat there and took it all in. It was just so sincere and there were many truths. Who knew how powerful honesty and open communication could be.

This turned our relationship 180 and by then having a few big nights out together, we properly bonded and were aligned, personally and professionally; we were unstoppable! 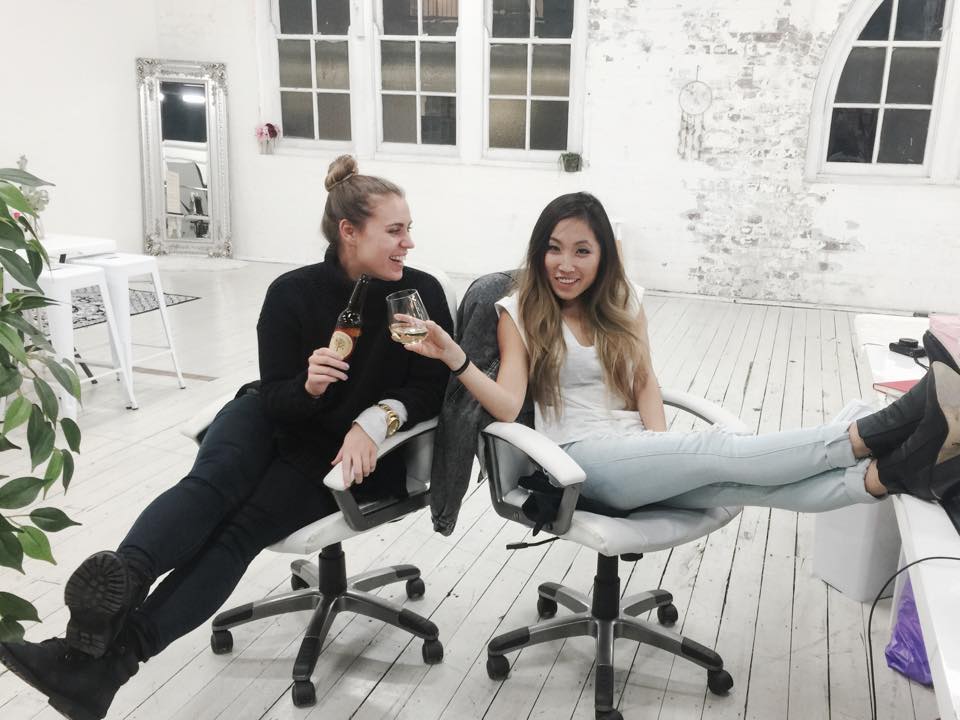 Durka not only put in great systems which helped us scale up, but also had a great creative eye that the company was lacking. She was a jack of all trades – great thinking, problem solver, strategist and always rolls up her sleeves gets her hands dirty to get the job done. 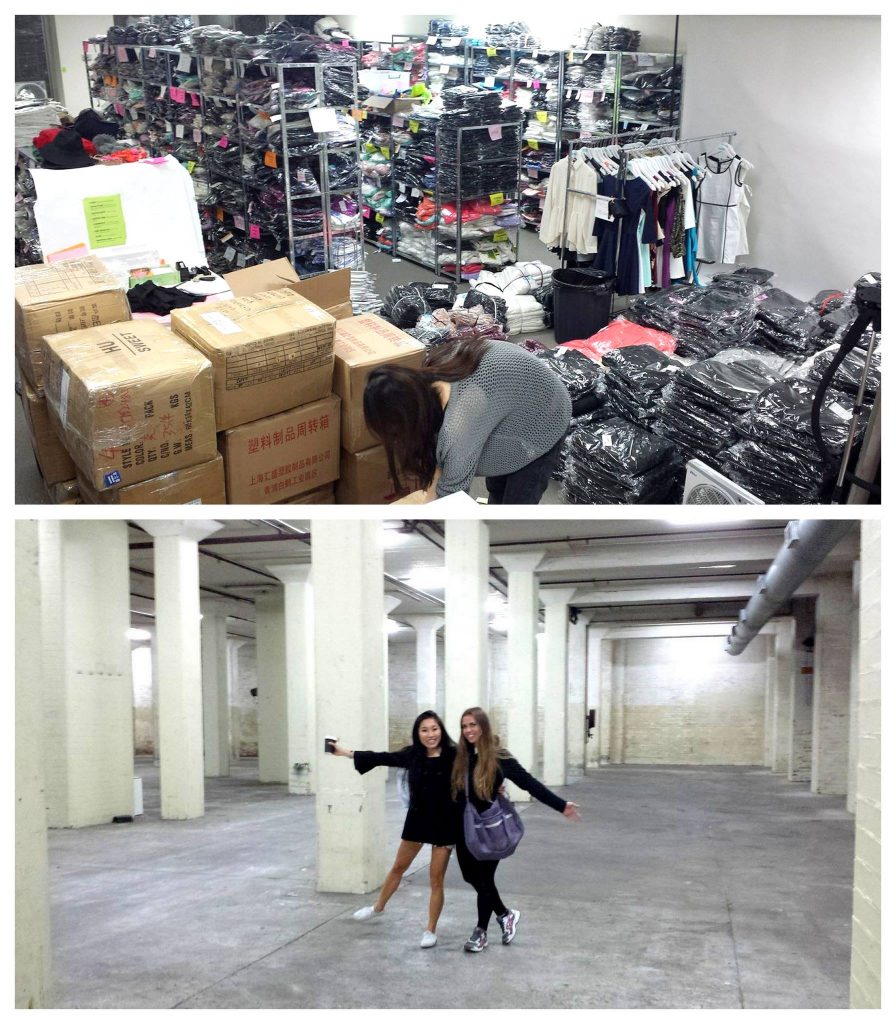 Sales were great, we were having loads of fun partying together, we were kicking some serious goals.

Over the next few years, we went through so much together, through so many ups and downs. We’ve moved offices, many times, and when I say WE, I do mean WE. She held my hand and had my back when we had our mailing list stolen and had to deal with the legal shitshow, she’s had to sit through my startup story time and time again, she taught me how to apply makeup and introduced me to staples like foundation and powder (my otherwise John Howard eyebrows will forever be grateful) and she helped me buy my first house; without her motivation and guidance, we may still be in our crack-den-like terrace in Darlo. 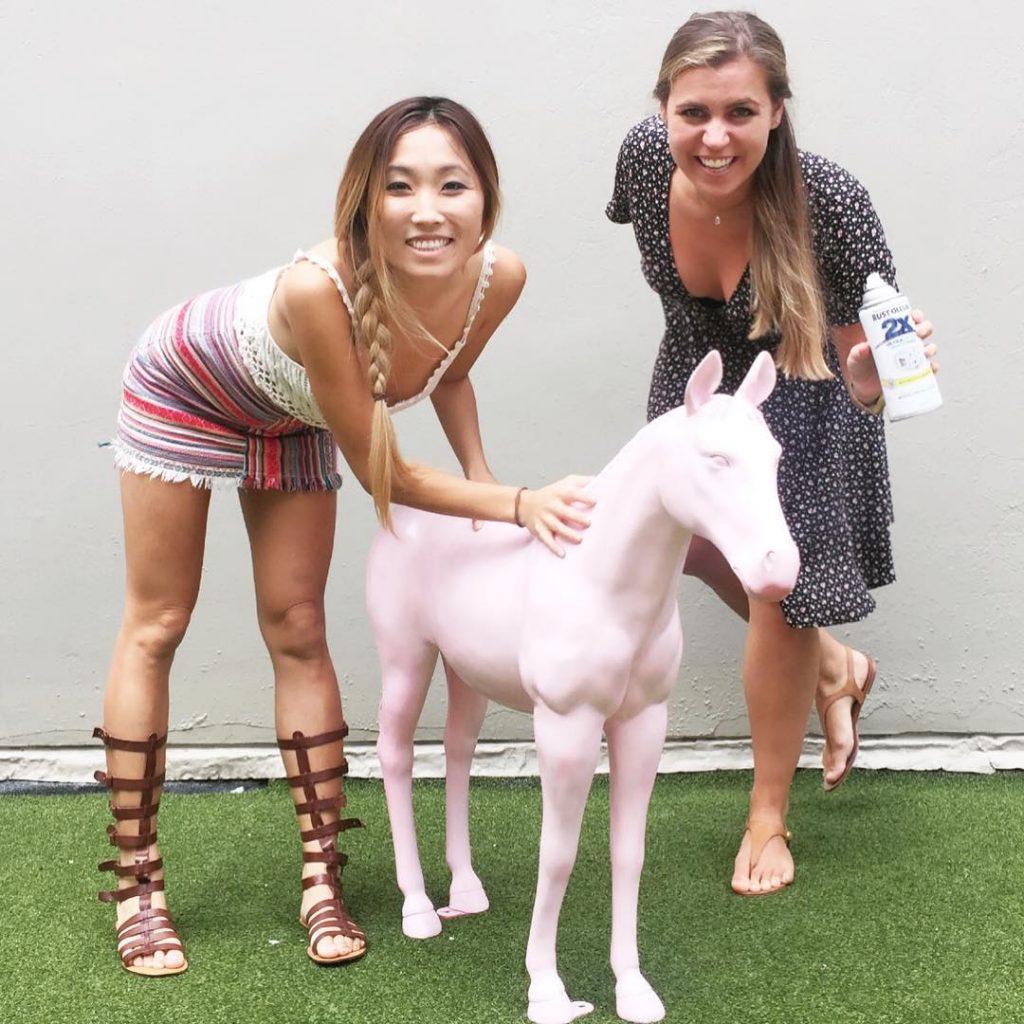 Together we’ve seen the world, from a 36-hour whirlwind trip to LA to source a third-party distribution centre, influencer takeovers at Coachella and Paris, sourcing in Hong Kong and China, holidays in Iceland, festivals in Barcelona, booze cruise in Halong Bay, and Burning Man. 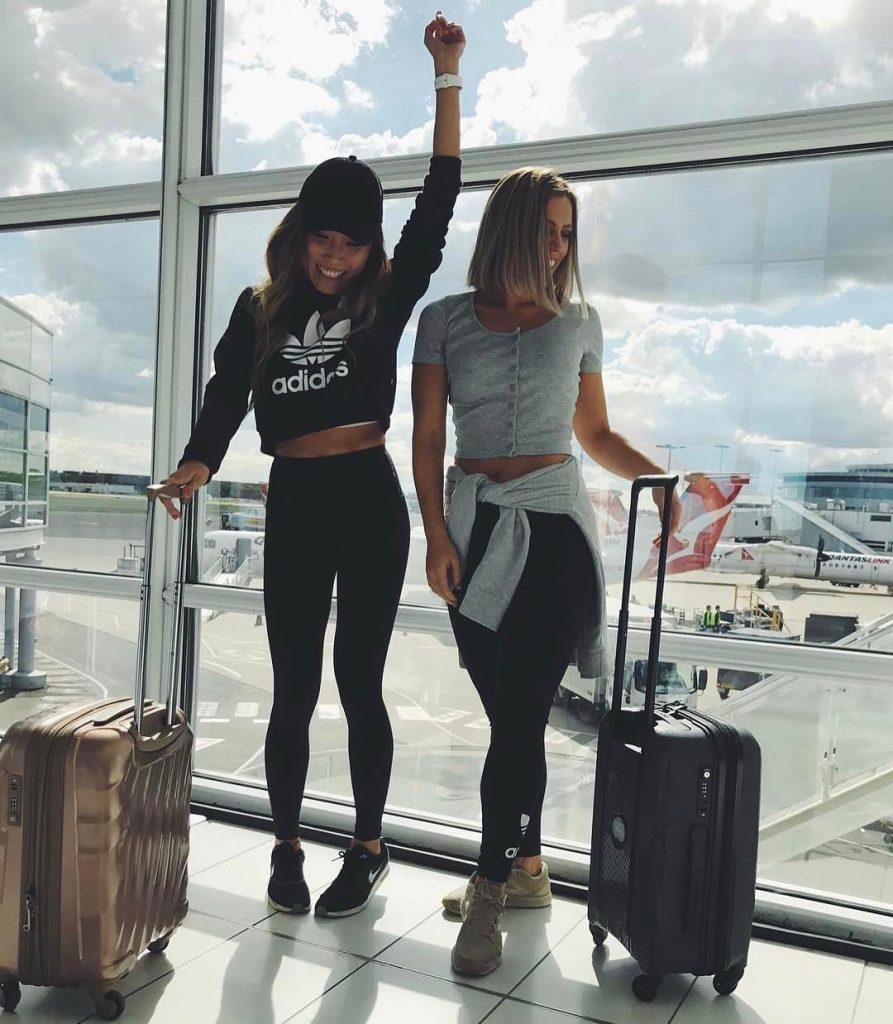 Our last overseas work stint together was in Vegas, earlier this year, for Shoptalk (after talking for the last 7 years about Vegas) how fitting. We were dancing in Omnia nightclub at 5am, having the time of our lives, but there was something different about Durka. I couldn’t really put my finger on it, something was different, she was there but not fully present. And no, it wasn’t the alcohol. 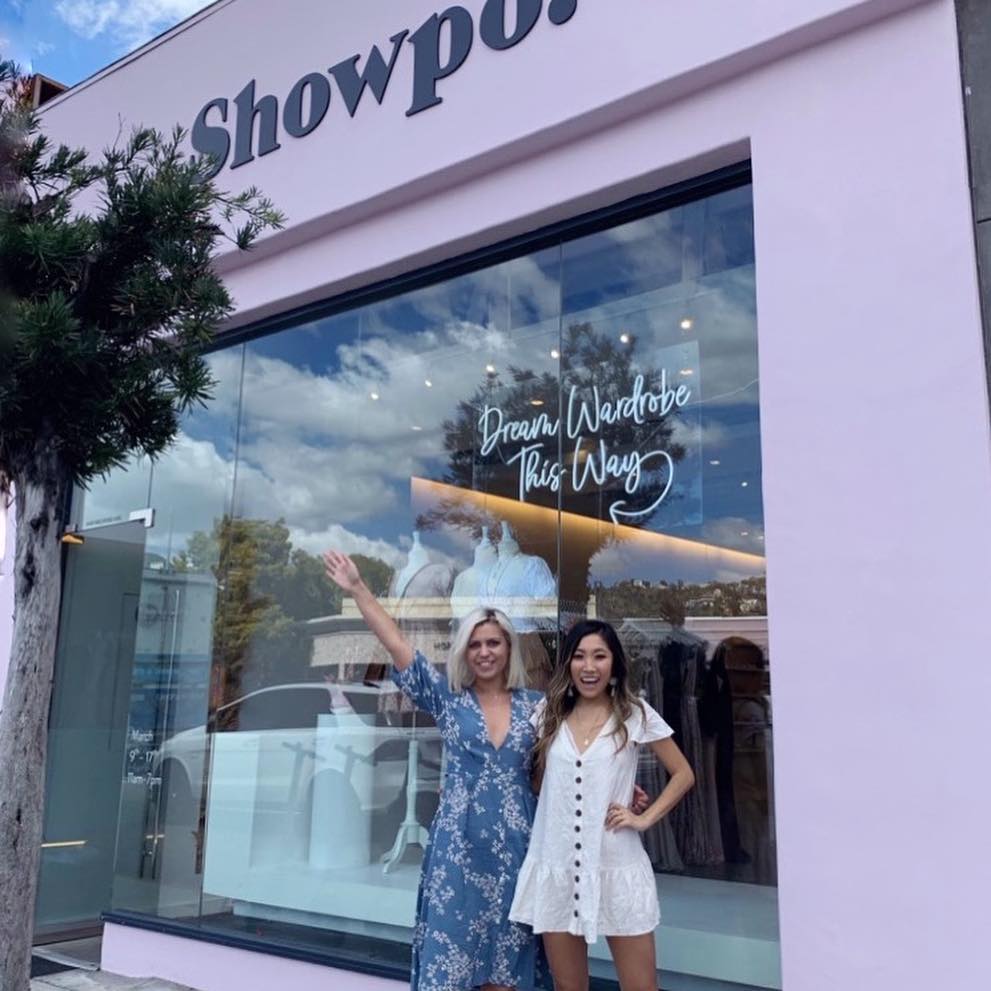 2 weeks later, as we’re unpacking our bags to get ready for a strategy session at our warehouse in Chullora, Durka stopped me, “we need to talk”.

She had big news. She couldn’t shake the entrepreneurial [bug] in her and wanted to pursue her dreams and start her own business. I was overwhelmed with emotions as you can imagine. So happy for her because I could see how excited she was even talking about it, and so sad because I just can’t even imagine Showpo without Durka.

I admire how brave she is. Just like she’s always been, ever since I met her all those years ago, and she maybe/maybe not got a job out of me. She’s bravely closing the book on this chapter of her life to start a new one and now the question on everyone’s mind is what’s next for Durka?

Well, you can read her thoughts here.

But from my perspective, one of the key takeaways from one of my favourite books ‘Good to Great’ was that a great leader sets their company up so that success can continue even after they’ve gone. Durka has whole-heartedly done this and the team and I could not be more grateful.

She’s brought so much life to the company and to the brand. It’s not just the business goals we’ve achieved together ($85M run rate, 150+ staff, Online Retailer of the Year 🙌) but the fun she’s injected into the business (the bed – she really loves to nap, rose on tap, shame shots 😉). 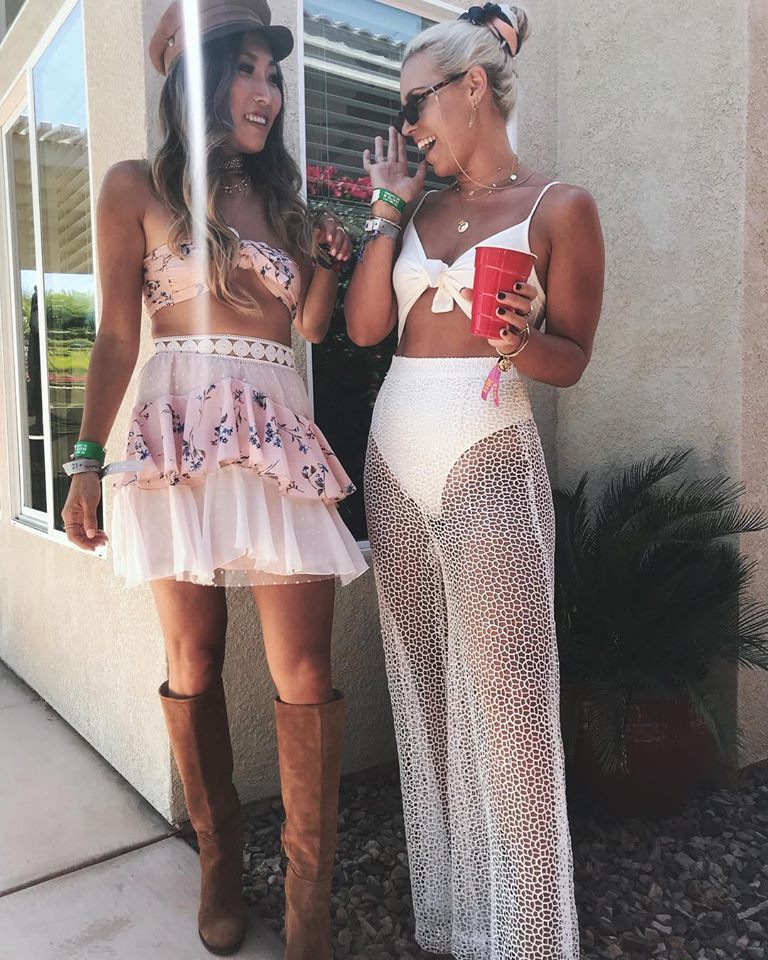 I will miss working with her so much – her quirks and her Durkaisms. But I know we’ll be forever in each other’s lives. And even though she won’t be project managing anymore for Showpo, she will continue to project manage my wedding as my maid of honour and is already putting together runsheets and moodboards for my hens!

Thank you Durka, for more than what words can describe. What an incredible adventure we’ve had! I honestly could not have done this without you. You’ve been the yin to my yang, and we’ve been the perfect partners, even if it took us a while to figure each other out.

You’ve been a dedicated employee, an inspirational girl boss, a fearless leader, a personal mentor, a reliable confidant and most importantly, an incredible friend. 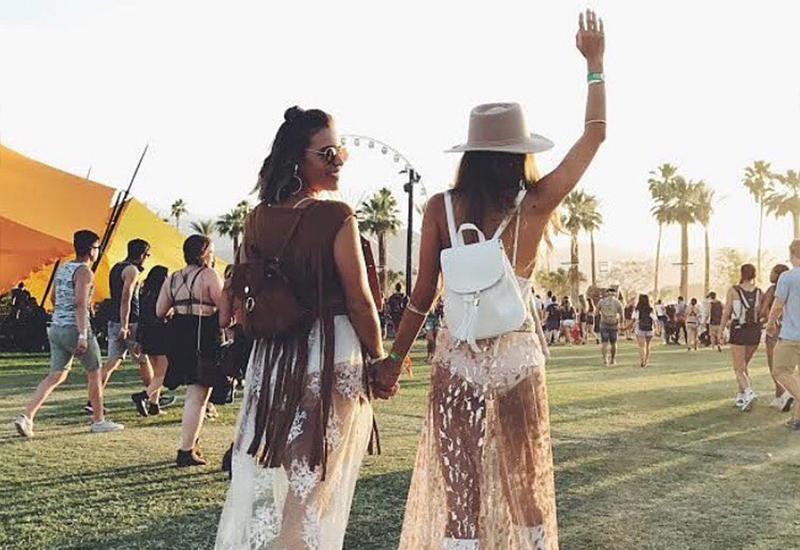