Two nights, a bunch of roses, and a few litres of exchanged saliva – that pretty much sums up what happened on The Bachelor this week.

We begin the week with a message from Vakoo, who wanted to personally tell us she was ‘sick’ at the last cocktail party. We’re pretty sure Osh doesn’t allow ‘sick’ days – C10 has a tight budget – so it’s far likelier that she did a few too many pre-party shots. My guess is she got so damn lit before the rose ceremony that she was walking naked by the pool, then her red carpet got wet and she started drunk crying and yelling at the other girls. Naturally, Osh had to put her in bed. Obviously, he told the producers to cut the footage and pass it off as ‘she was sick’ so they don’t have to deal with the RSA issues again.

Meanwhile, instead of heading to the chocolate factory like someone who ‘s won a golden ticket should, Elly (the sweetest girl in the world), is flown to… Melbourne.

BECAUSE Elly is the sweetest girl in the world, she pretends to be fine with the whole situation.

And they ride horses and play with the horse medal and chat with this horse lady. Personally, I think there are FAR more fun things to be doing in Melbourne rn (like the Harry Potter show), but ok. 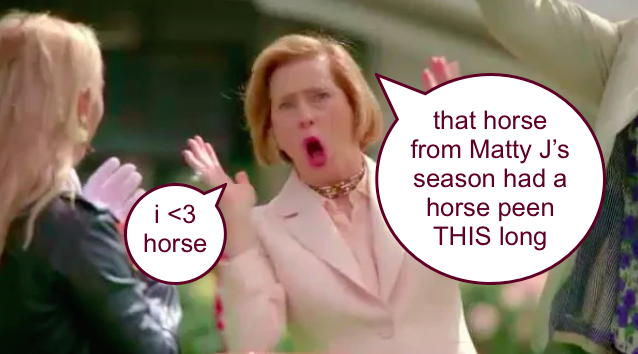 Weellllll, it turns out that Mary (the one with feathers on her head) happened. Mary is VERY annoying and a) won’t stop talking and b) won’t stop pushing the other girls over to ensure the cameras stay on her.

For *some reason, Smart Science Man chooses Nicole with an H for a single date. She has the banter of a 12-year-old boy trying to impress a 13-year-old girl; proceeding to tell him every single sporting activity she’s ever participated in.

*the producers told him he must I reeeallly want to tell Nicole with an H that I once played the trumpet and no one cares. Australia nor Smart Science Man care about you thrashing about on 6 million modes of transport. 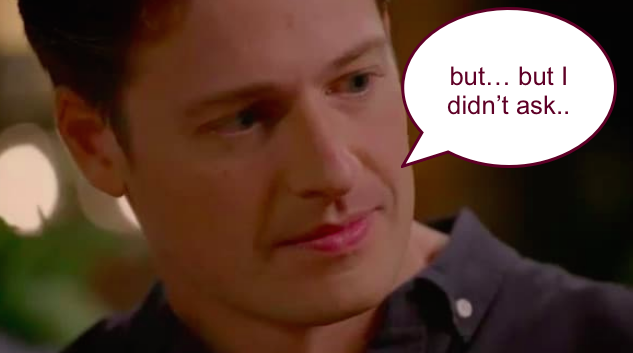 But I do know who WOULD care, Nicole with an H…

Back at the mansion, Nicole with an H tells the girls some real fibs about Smart Science Man wanting to kiss her and I think she forgets that…we were there. We saw what happened. It was more awkward than Vakoo drunkenly lugging her red carpet around before Osh sternly told her to go to bed.

The end of the show involves Nicole with an H calling Monique names. Her go-to is ‘blonde with a fake tan’, which…was, well… confusing… 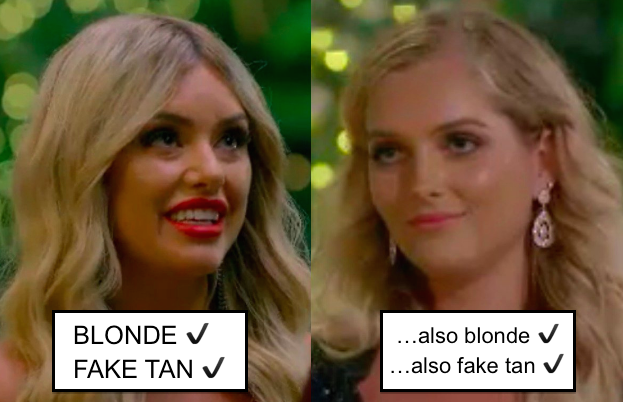 3 girls including Aleida from OITNB are sent home and not one single person seems to care.

I missed the start of tonight’s episode because Luke wanted ‘one more game of Fifa’. I let him because he did all of his chores today without complaint.

We start watching half-way through and have missed Smart Science Man spin around in a separate plane to Monique, which seems entirely beside the point of going on a ‘date’. You know, where typically you get to know someone? I don’t think Luke and I would be in such a happy, chore-filled relationship if our first date involved me bellowing things at him from another plane.

The group date is the ‘unexpected’ photoshoot that happens every year. Of course, like every other year, SOMEONE almost-kisses The Bach Man. All the girls get their chance to unleash a tirade of soundbites that’ll be used for the rest of the season. The second shoot is closer to a horror movie than a fairytale.

Cheerleader girl reacts accordingly, terrified that Mary is going to use her feather to cast an evil spell. 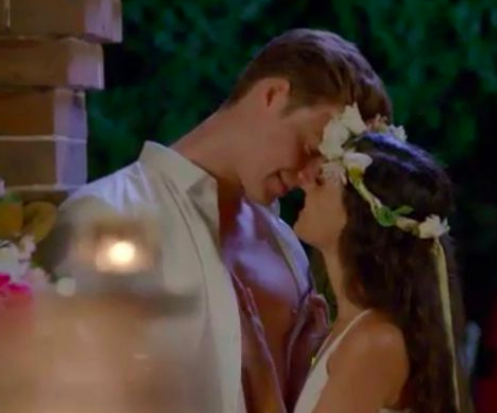 Cheerleader girl reacts accordingly; backflipping off to dob on the short intruder. 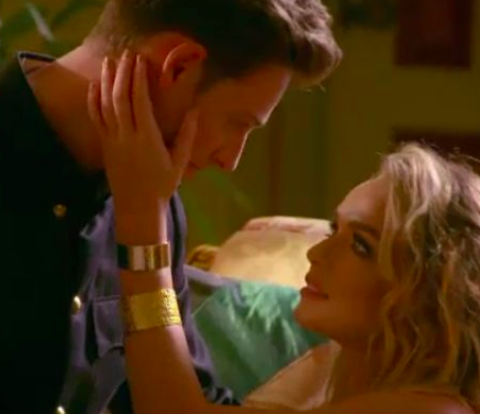 Cheerleader girl reacts accordingly; completely horrified with the lip-biting/soft panting ‘sexual tension’ the producers are trying to sell us while we eat our dinner.

Back at bach land, the girls all vote for Abbie to go play with their boyfriend because she won’t shut up about how much she wants his parts in her parts. Given they’re all sharing bunk beds, no one wants to be woken up to Abbie humping her pillow. 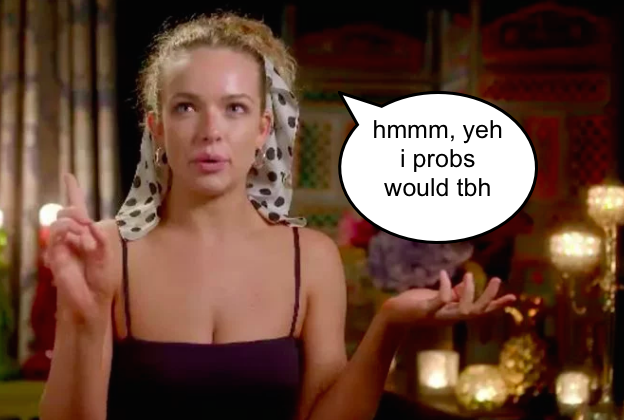 Abbie and Smart Science Man exchange saliva and Abbie tells him how much she’d like to put his parts in her parts.

He gets a bit TOO excited about the prospect and unfortunately, they’re perched on Osh’s aunt’s rug. Smart Science Man has to tell Osh he’s had an ‘accident’ and Osh is PISSED. 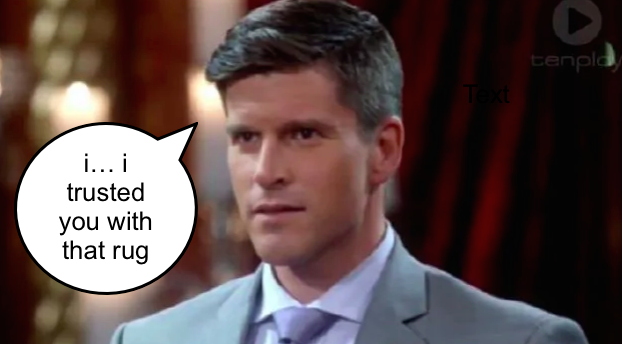 The girls all look stoned again which means they’ve all been enjoying the fruits of Jarrod’s pot plant. Some random leaves while the rest of the girls are pissed about the kissing and the boner and the rug and it’s all just very dramatic.