It was a quick episode of BIP tonight but it sure was packed with a lot of activities. I imagine Osh told everyone they had to do more than sit at the bar bitching and drinking with Wice, so this is how they got creative with their time…

The boys have devised a new ball game that involves Ali throwing the ball at them so they can look at her with abject delight in a bikini, under the premise of seeing where she throws it. Brilliant. 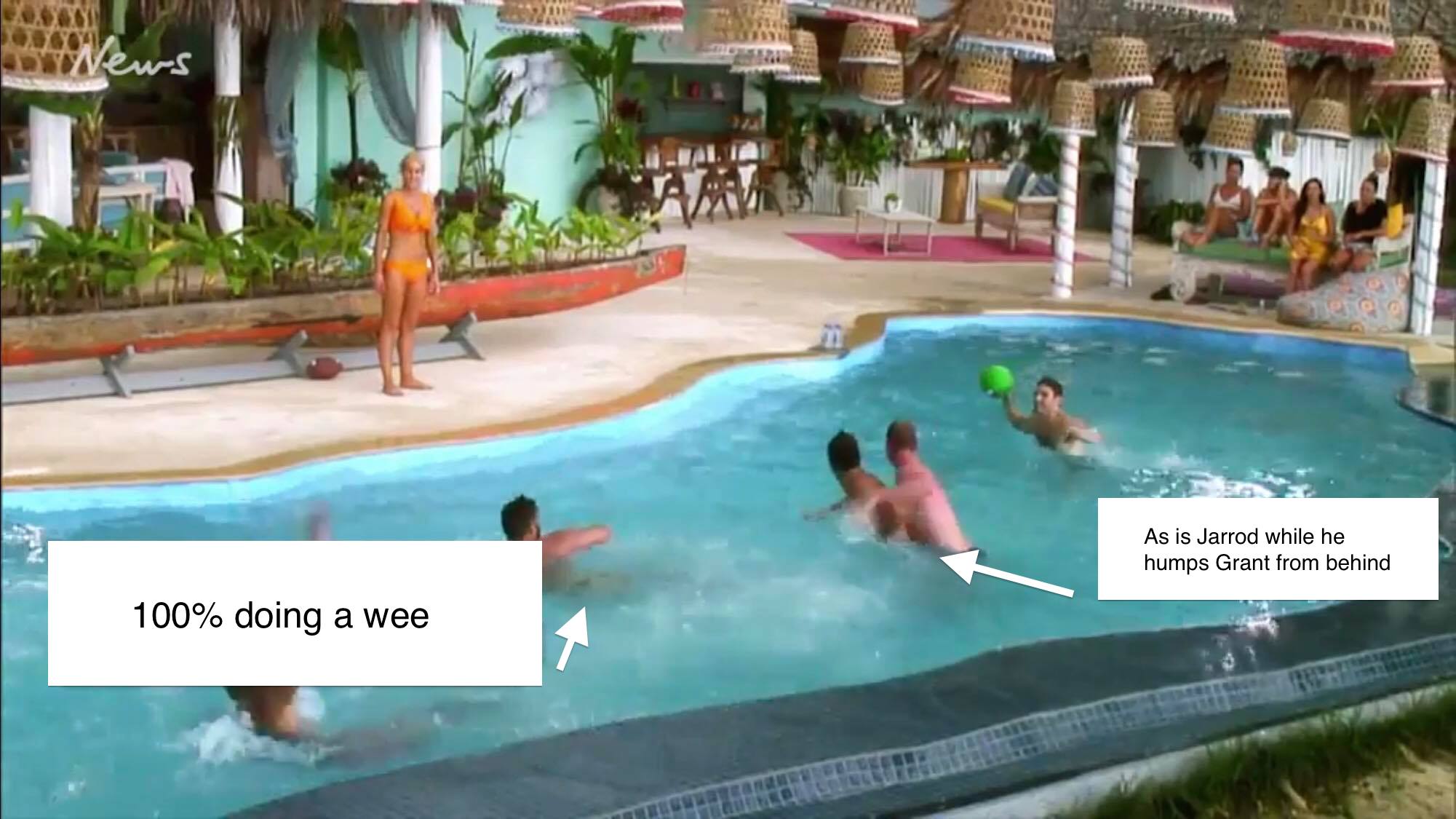 Grant tries to forcibly remove Jarrod from the pool as he really needs to get out of the sun / stop humping him, but Jarrod flatly refuses. 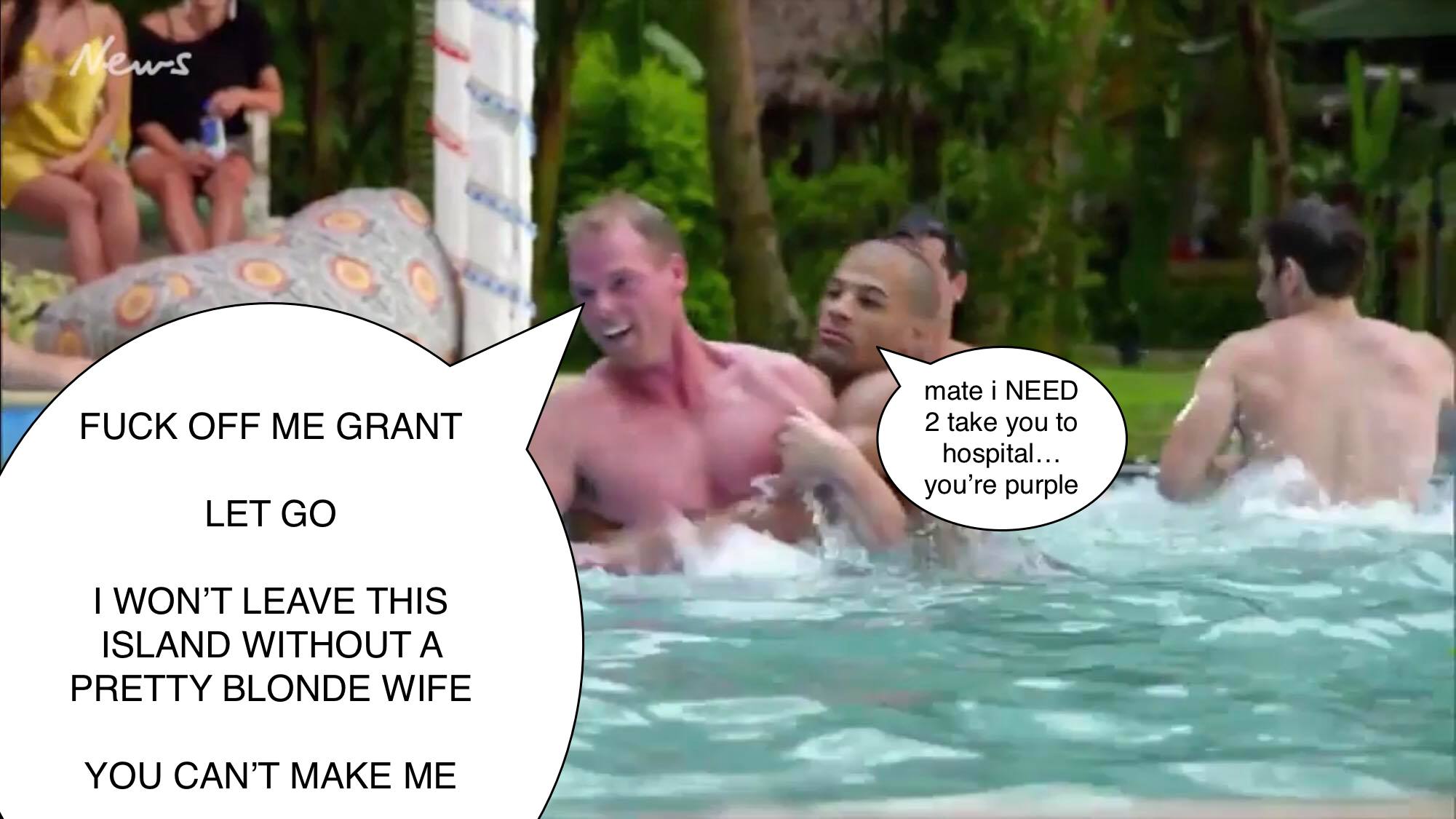 And this time they’re not just American, one is BRITISH!

The first is between Elora and Michael who seems to be the guy every girl has friend-zoned because they can’t deal with his hanky shirts. Fair.

The date is suitably boring. Something about cups. 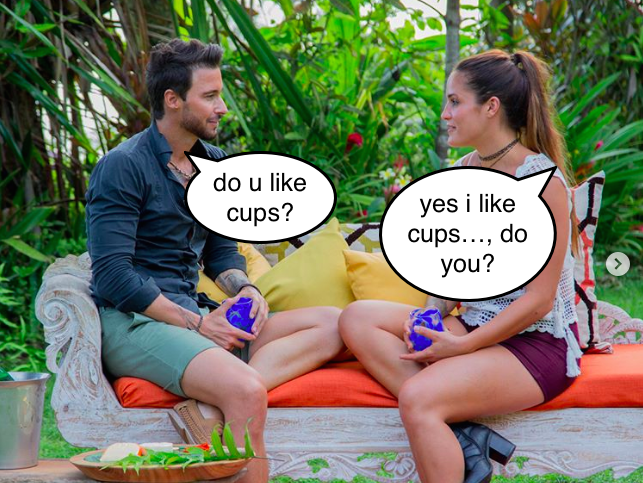 The second date doesn’t actually happen because no one told Laurina that Osh had a stern talking to them about doing more activities and FFS she’s gotten herself into a lovely routine of reading, swimming and early nights so there’s no way in hell she’s leaving camp for an activity. 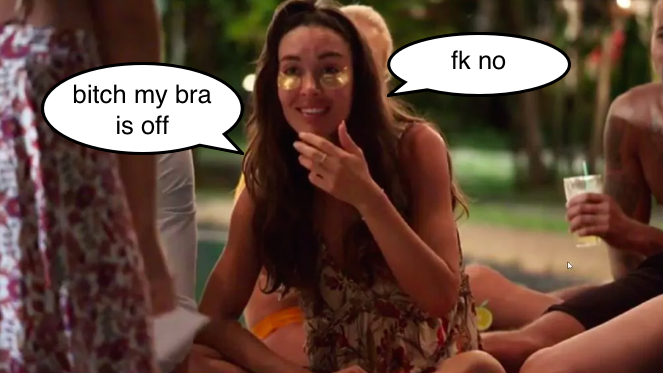 It’s not Laurina’s fault no one told her Osh needed them to participate in more activities so I’m super annoyed on her behalf when everyone starts laughing at her because she doesn’t want to do one. Fair enough when it’s like midnight and all your options have been trollied since 11am, but sure, laugh at the poor girl who just wants to go to bed. 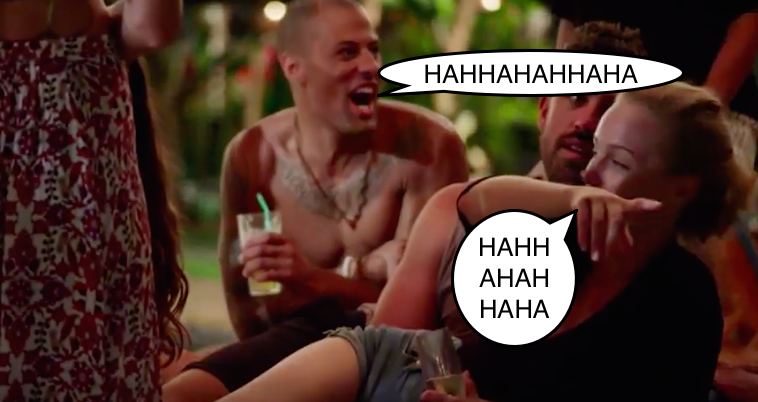 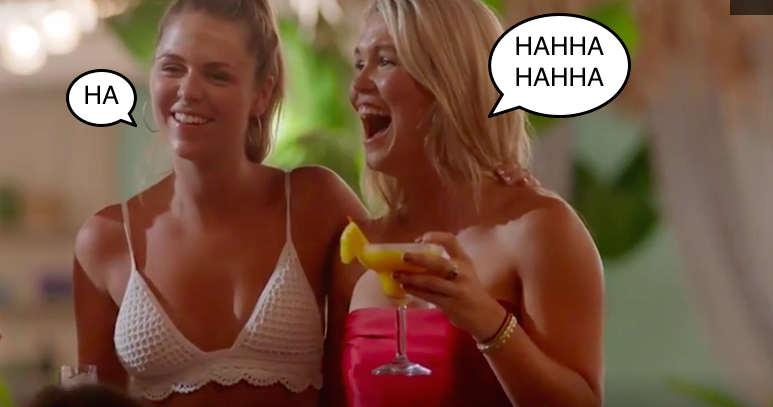 Uncle Sam, in particular, isn’t impressed and looks at Laurina like an angry Aunt who is questioning you on your marital status and then blaming you for still being single. 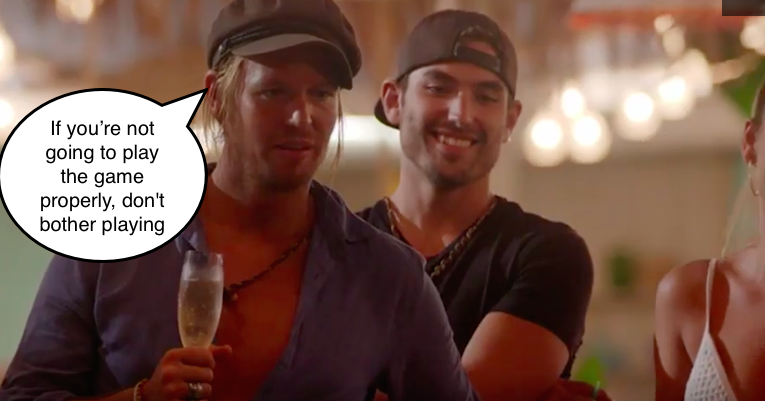 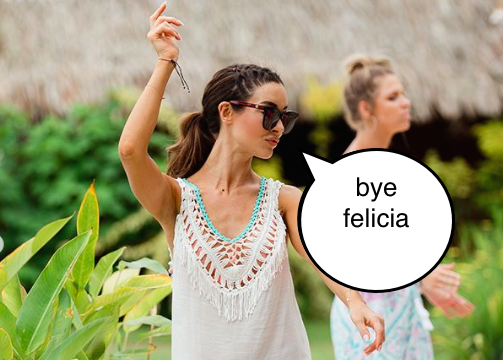 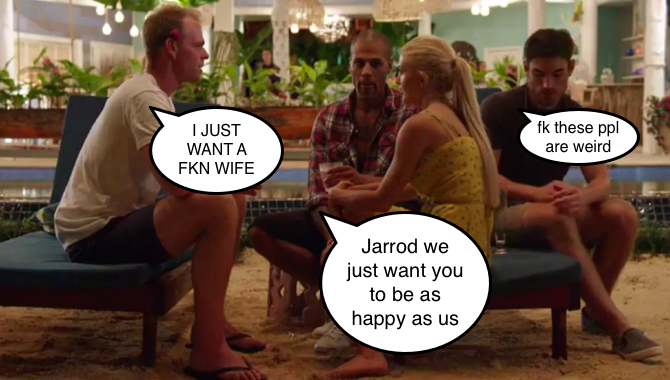 Keira decided to lighten the mood with a fun activity. And that fun activity involved her teaching a dance class because the traditional Fijian dancers Osh provided weren’t good enough. Kind of like the yoga instructor he gave her that one time. 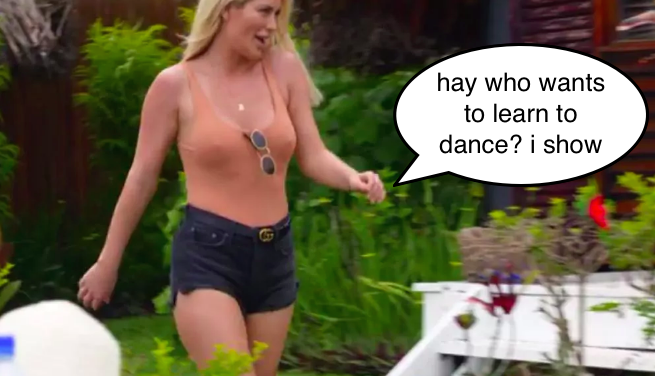 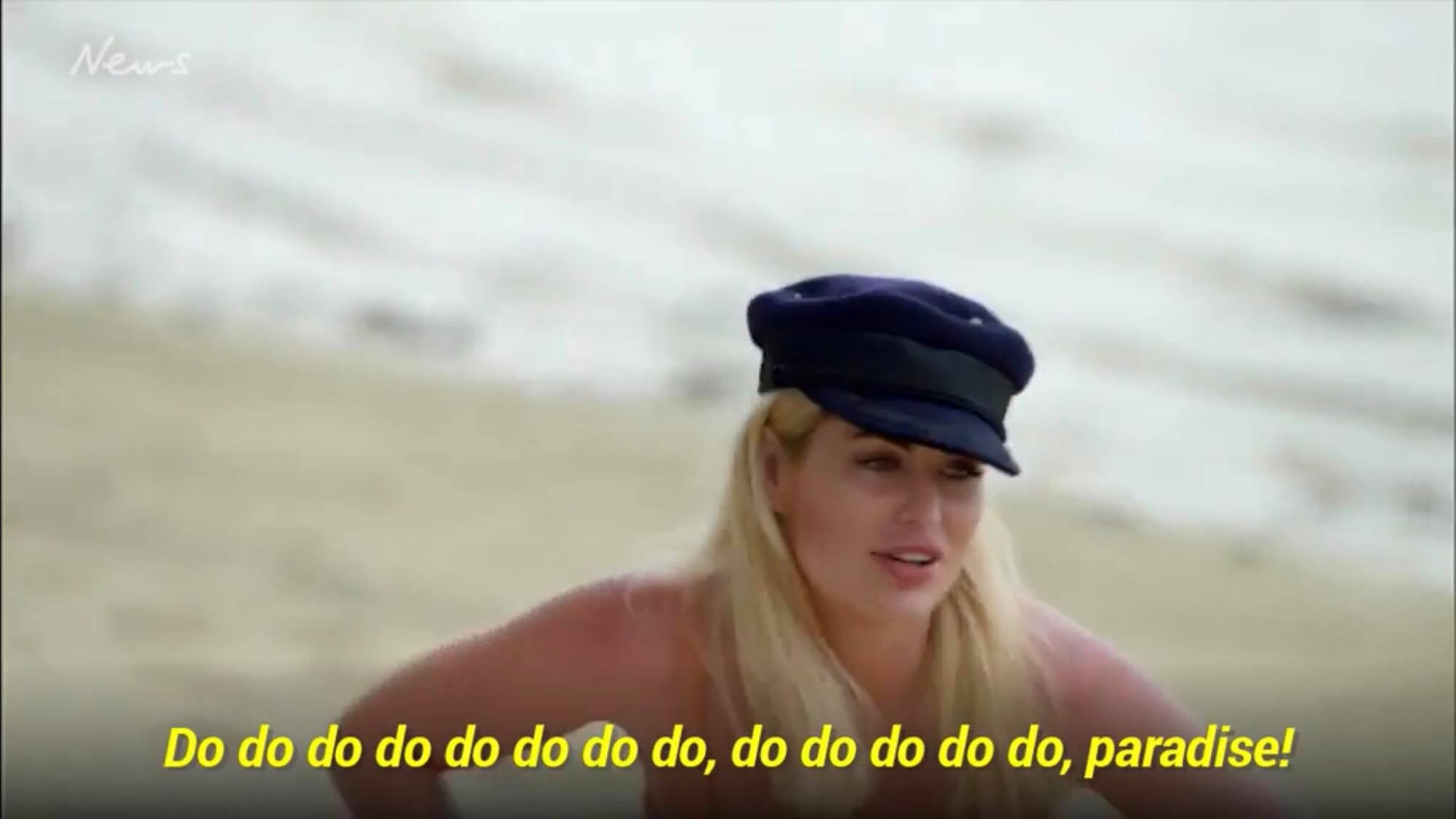 It’s all very fun and I would enjoy this activity.

Check out the other recaps here.