Bored of the same old holiday destinations peppered across your Insta feed? If you’d rather do something a bit diff for your next overseas trip and celebrate music, culture and tradition, then check out these ahh-mazing events taking place across the globe every year.

If you’re an EDM fan, then Belgium’s three-day music festival Tomorrowland would totally be your jam.

While it only kicked off annually in 2005 (usually taking place in late July), according to Forbes it’s now the world’s most in-demand fezzy, with last year’s tickets selling out in just 64 minutes.

It’s an international melting pot, with punters making the trek from all across the globe to attend the once-in-a-lifetime experience.

Expect to see extravagantly decorated sets (they get more elaborate each year), insane light shows, and attendees dressed in all sorts of crazy costumes. Sounds like our kind of party! 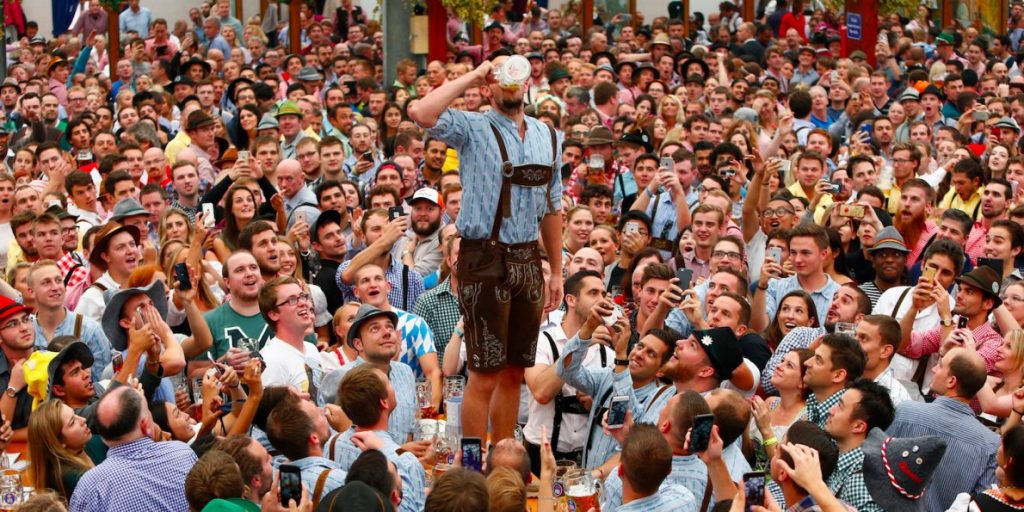 German beer, sausages and giant pretzels – what’s not to like?!

Taking place from mid-September to early October, the world’s largest folk festival is held in a meadow outside Munich’s city centre, and not only features copious amount of beer drinking (over six million litres are poured each year), but also a carnival with rides, traditional German food stalls (mmm… Bratwurst) and more, so if you’re not huge on beer, there’s plenty of other festivities to get amongst. 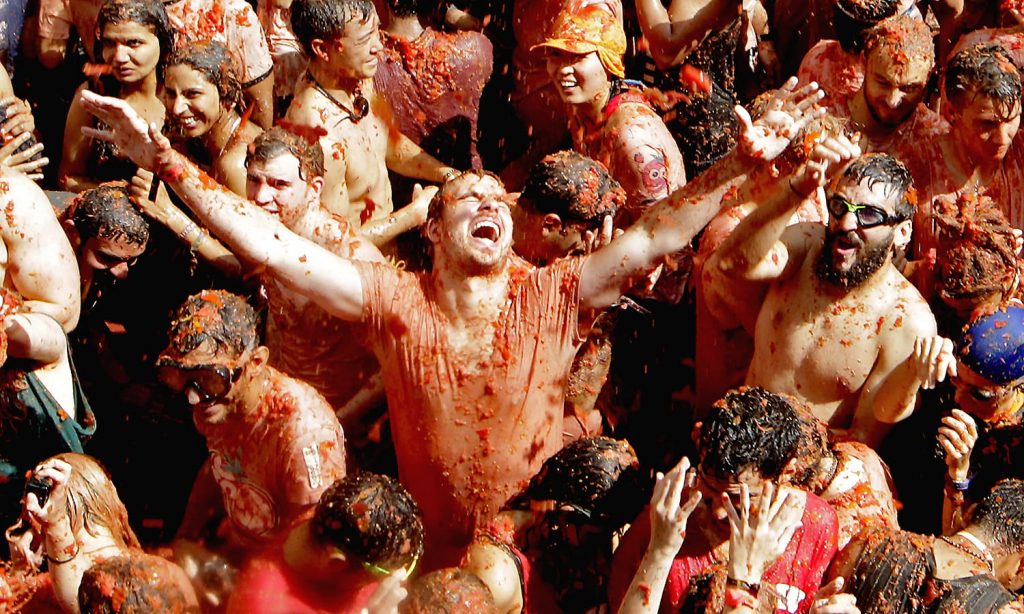 Who hasn’t wanted to get involved in the world’s biggest food fight?!

Well, for one day a year towards the end of August, Buñol goes from sleepy small town to tomato bloodbath, with tens of thousands of people from all over the world throwing over 140,000kg (!) worth of tomatoes throughout the streets for just one hour.

We don’t really know why the tradition started, but who are we to question the motives behind locals pelting each other with over-ripe tomatoes? 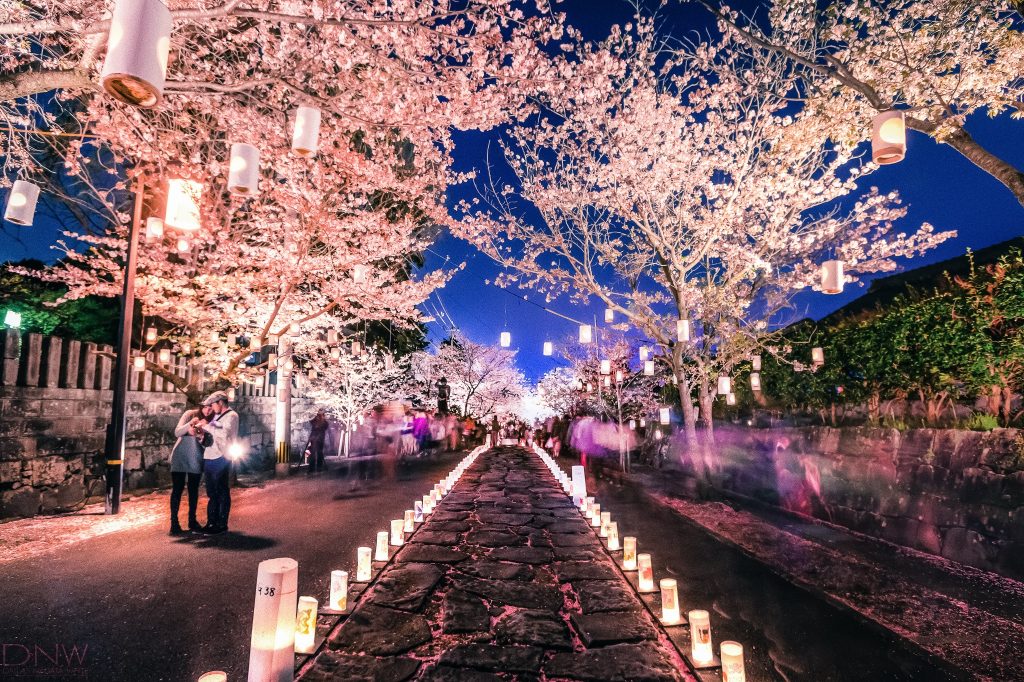 If you’re keen on something that isn’t a party scene, the annual viewing of the cherry blossoms held in springtime is an amazing option for peeps who enjoy the pretty things in life.

While the blossoms bloom all over the country around the end of March to early April, the city of Hirosaki is famous for holding it’s Sakura-matsuri festival, with thousands flocking to the castle town to for hanami or ‘flower-viewing’. 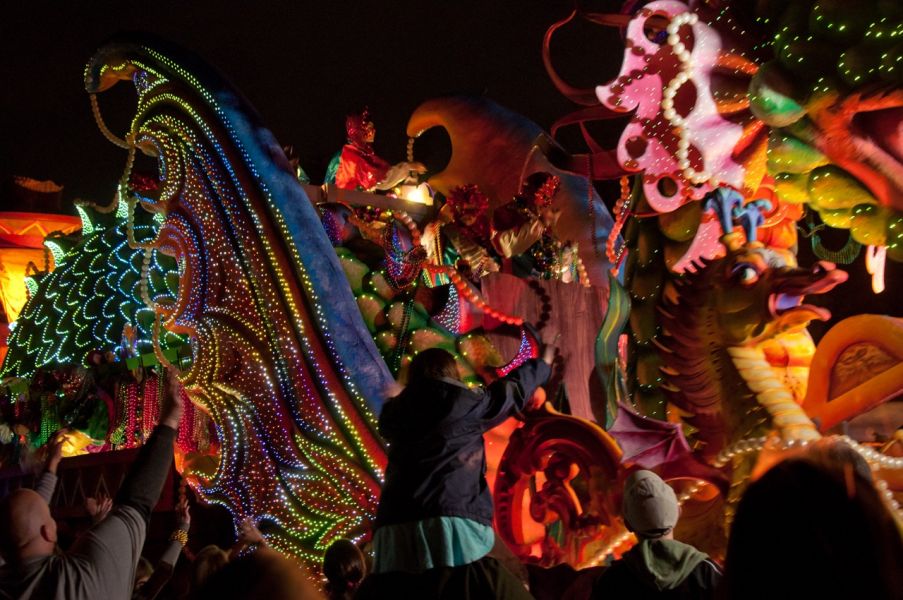 With parades, music, food, dancing and more, the carnival season kicks off on January 6, with revellers dressing in eccentric costumes while draped in beads.

Most of the city is family-friendly during the celebrations, but if you’re keen on partying for the festival, the French Quarter is the place to be. 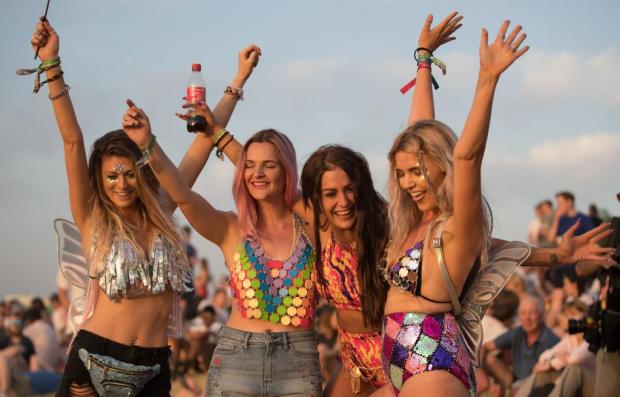 It’s a hotspot for celebs like Margot Robbie, Kate Moss, Sienna Miller and Cara Delevingne, and it’s pretty easy to see why Glastonbury Festival is so popular among celebs and normies alike.

Placed on HA-UUUGE grounds in the middle of nowhere, you could literally never get bored due to the sheer massiveness of the festival grounds (there’s also a whopping 77 stages!).

But there are not just amazing artists on the line-up each year (Ed Sheeran, Katy Perry and Radiohead were just some of this year’s star-studded line-up), there’s also a whole lot of other things to keep you entertained during the five-day fezzy; like theatres, circus grounds, art installations, a cinema, and more.

While the festival is set to take a break to prevent damage to its home at Worthy Far, it’ll be back in action in 2019.

Day of the Dead – Oaxaca, Mexico 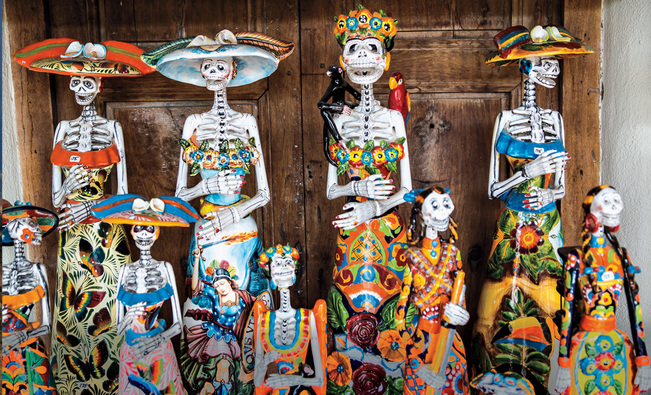 Here’s one for the culture buff.

The Day of the Dead festival is a fascinating look into 3000-year-old Mexican tradition that honours the dead with colourful flowers, candles, parades, sugar skulls and dancing skeletons across November 1 and 2.

The belief behind the celebrations is that the souls of deceased loved ones will come back and visit.

The first day – ‘Día de Los Angelitos’ – is dedicated to the souls of children who have passed away, with the second – called ‘Día de los Muertos’ – being for the spirits of adults who have passed on.

While it may sound morbid, it’s totally the opposite and seen as a joyous occasion that celebrates the departed, with painted faces and colourful decorations adorning the streets.