It’s Oscars day gang and this is legit one of my favourite days of the year! Check back here on the reg as I bring you all the dresses, arrivals, goss and wins 🏆😎

Allison Williams looks gloriously ‘old Hollywood glamour’ in this pink Armani number. The ‘Girls’ and ‘Get Out’ star is going from strength to strength in her career 💪

I am SWOONING at Sally Hawkins in her 1940’s vintage dress. It’s almost as impressive as her acting skills (almost) ✨❤️

She has arrived! JLAW fans will be having heart palpitations as she struts the red carpet in her gold rippled Christian Dior dress and matching golden rippled hair. I am done, she is fantastic.

Emily Blunt looks like a delicious dessert in this pale blue tulle number.

Our home-grown beauty, Margot Robbie, is insanely stunning in her fitted Chanel dress. Fingers crossed she takes home the gong for her incredible performance in I, Tonya.

My gal Zendaya, (lol she didn’t like me at all, remember this pic? ) looks like a true star in brown chiffon. I would look like the poo emoji 💩

I can’t even deal with how beautiful Zoey looks. That dress. That face. That head of hair.

Gal Gadot is clearly having a right old time in this tasselled, sparkly number – and who wouldn’t! Look at the gal getting swishy!

Championing the #MeToo movement from the beginning, Ashley Judd Mira Sorvino make one hell of a power duo. 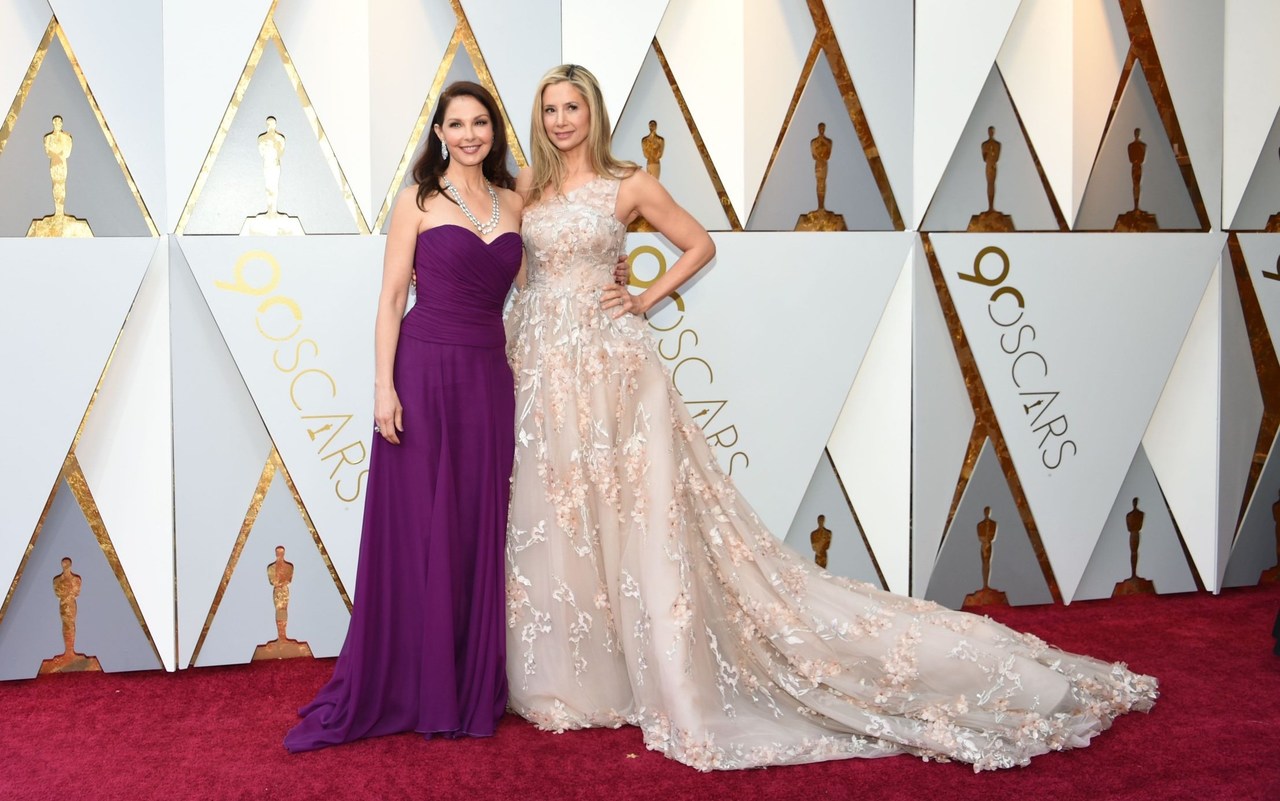 Allison Janney looks fucking fabulous in red, I have so much admiration for this lass after her STELLAR performance in I, Tonya.

I’m not a huge fan of the frock but as always, Salma Hayek looks delightful and is certainly turning heads away from the mostly monochrome palette we’ve seen strutting down the carpet thus far.

So Rita Moreno just rocked up wearing the same dress she wore when she won Best Actress in 1962 (she’s now 86) and I’m done, this is brilliant. 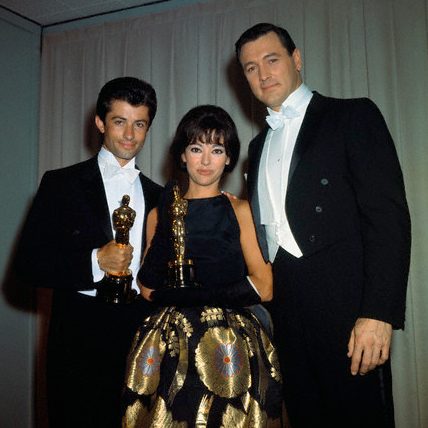 Elisabeth Moss is wearing an off-shoulder, crystal-embedded pink gown and she looks like a princess. I still haven’t watched The Handmaids Tale so I need to get on that shit.

Whoopi Goldberg heard a rumour that colour would be sparse on the red carpet so rocked up in a kaleidoscope of green and purple. PREACH 🙌

Viola Davis looks young and fresh AF in this fun pink number. I love that she’s opted for such a bright and fun look amidst a sea of safer options.

I love a lass in pants, far comfier than a heavy dress amirite!? Emma Stone is as chic as ever in a belted jacket.

More colour coming through with Mexican babe Eiza Gonzalez killing it in a yellow fitted dress.

I think this is my fave look so far, it’s so weirdly wonderful! Not many gals could pull off a pink puffy dress like this but Andra Day is killing it.

Lupita Nyong’o looks like an actual Oscars award (in the best possible way) – her dress is as glitzy and fabulous as they come.

🙄🙄🙄🙄 I don’t understand what wearing a blanket/snuggy to the Oscars means politically, so until I do, I don’t like it.

Ok, so NK looks a little like a prom queen wannabe but here’s hoping ‘the clap’ makes an appearance.

The woman even huge stars fangirl over, Meryl Streep looks effortlessly glam in her red gown.

What an ageless beauty! Sandra B is the third wee lass to traipse on down the red carpet dressed as an actual Oscar this year.

Ok cool, Haley Bennett decided to come as a bird.

40 going on 30, Jennifer Garner gets hotter every year 🔥