Hi, hello, welcome to Friday. And not just any Friday mind you, today is a particularly glorious Friday. Why? Because today is National Stay At Home And Drink Wine Day and honestly, this is the only holiday I’m interested in. Yes, it began as a joke, but why July 26 isn’t a public holiday already remains a mystery to me.

Anyway, that’s not what you’re here for. You’re here for the tea, so here it is. But be careful, it’s piping hot.

Lili Reinhart & Cole Sprouse broke up…but then didn’t… but maybe they did?

At the beginning of the week, People Magazine (so a very reliable, well-trusted source) reported that Lili Reinhart and Cole Sprouse have split. I know this is a lot to take in, especially if you’re a Bughead.

According to People, the couple of two years decided to call it quits because their relationship got “too much”, whatever that means. Reportedly, a source told them “[their] friends didn’t really expect them to last in the long run”. Ouch, some friend. “At the end of the day, their personalities are very different and their lifestyles often clashed,” People reports.

Naturally, the internet flipped out and started reading way too far into Instagrams like this one:

Please don’t put me between these two ever again.

On top of that, Lili and Cole hadn’t been spotted together for quite some time. This isn’t totally unusual though considering most of us didn’t realise they were dating outside of the show until they took a holiday together in 2017.

Neither Lili nor Cole commented on the rumours, which the media took as confirmation that they were well and truly in Splitsville. At least, that was until this morning when they both practically mic dropped on Instagram.

BREAKING: A reliable source has confirmed that none of you know shit.

Cole uploaded the same pic but with a noticeable change in the caption. His read, “UNPRECEDENTED: Cole Sprouse and Lili Reinhart consume the flesh of ‘reliable sources’ to fuel their bacchanalian sex cult”. Cool.

If we take cues from the posts, we can assume Bughead is alive and thriving outside of Riverdale. However, the W journalist who did this interview reported that Cole and Lili insisted on doing the interview separately.

In the article, Lili was quoted as saying, “We’re acknowledging that we’re in a relationship, but it’s a small part of who we are as people. We want our own separate identities.”

The juries out on whether or not they are together, whether they are just trying to stamp out the rumours and weather Betty and Jughead, two fictional people, will now also break up. All I know is I am exhausted with this narrative.

It’s been a pretty rough year for the beauty community. James Charles was cancelled, then we bought him back, and then he was cancelled again. The same happened to Jeffree Star and IDEK what’s happening with Tati Westbrook. So to be fair, Jaclyn Hill probably thought she could fly under the radar with all this lipstick drama.

Anyway, the TLDR is this: Jaclyn Hill launched a collection of nude lipsticks in May and almost immediately there were reports of the products being gross. We’re talking hairs, questionable substances, air bubbles. Yuck.

Jaclyn came out and brushed away people’s concerns saying the hairs were from her quality control teams gloves (yeah, okay) and fans were not happy with her response. The next day, Jaclyn went offline completely.

Flashforward to Wednesday and she’s released a second statement. 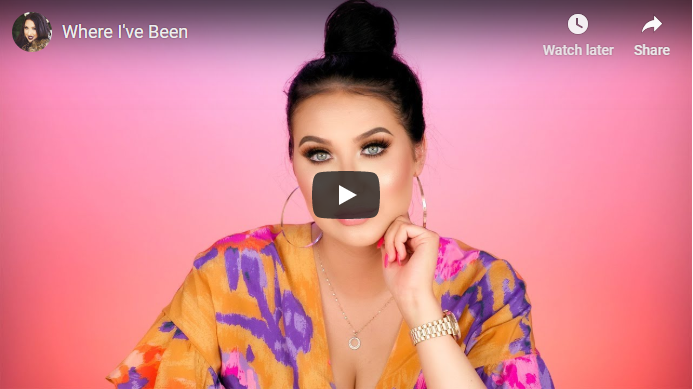 In the video, Jaclyn pulls a rare move for the online beauty community and takes full accountability.

“I did not have a quality control team big enough to handle what I was doing at all and I totally messed up”. She added later, “I was way too overconfident in my launch and I was not enough involved in quality control. I overhyped it for you guys, I trusted the wrong people. I did a lot of things that I should not have done.”

She also addresses why she decided to go offline in the vid.

Fans are still pretty pissed, especially the ones that, ya know, had hairs in their lipsticks. However, it seems like Jaclyn’s finished talking about this disaster.

Jordyn Woods is at it again

Okay, we know we promised that we’d stop with the Jordyn Woods bullshit, but to be honest, we’ll stop when she does.

Just five months after that infamous cheating scandal, Jordyn has been seeing getting cosy with another one of Khloe Kardashian’s exes. Girl, wtf are you playing at?

In video footage obtained by TMZ, Woods and James Harden, are seen partying together in a VIP booth at Houston hotspot Belle Station bar.

Of course, there’s more. US Weekly reported in Feb that Woods had a brief fling with Harden following his breakup with Koko.

“Jordyn did hook up with James Harden after Khloé dated him first,” a source said. “Khloé knew that that happened before this Tristan Thompson fiasco. That’s not news to her…It wasn’t an issue at the time, but it does show now that Jordyn has a history of omitting facts and crossing lines.”

Like Thompson, Harden is a basketball player, leading me to suggest Khloe starts dating someone a little more sensible. An accountant maybe? A lawyer? Let’s just cool it with the athletes for a hot minute.