When somebody says “Oh my god, you look just like [insert your lookalike here]” normally there is one of two reactions. You’re either a) seriously offended or b) utterly confused because you definitely do not look like that. Well maybe that’s the case for us normal folk but it’s certainly not the case for YouTuber Kristen Hancher who looks uncomfortably like Kylie Jenner. Like to the point where if this was a Buzzfeed quiz, I’d be out in the first round.

In case you need a refresher (unlikely) this is what Kylie Jenner looks like:

watch my new Get Ready With Me on Tour youtube video🖤

Freaky right? She even has Kylie’s whole vibe nailed! And her name starts with a K which is practically a Kardashian’s trademark at this point. And if you disagree, here’s a side by side comparison:

She even has all the wigs:

Spot the differences between the photo and video

And she lives in Calabasas, it’s all just too much.

Obviously, Kristen is sick of having people fight in the comments section over whether or not she’s Kylie Jenner’s secret twin who was cast off by Kris Jenner be the momager for yet another millionaire. So to answer the internet’s burning questions, Hancher uploaded an entire video of her recreating five of Kylie Jenner’s most liked Insta looks. 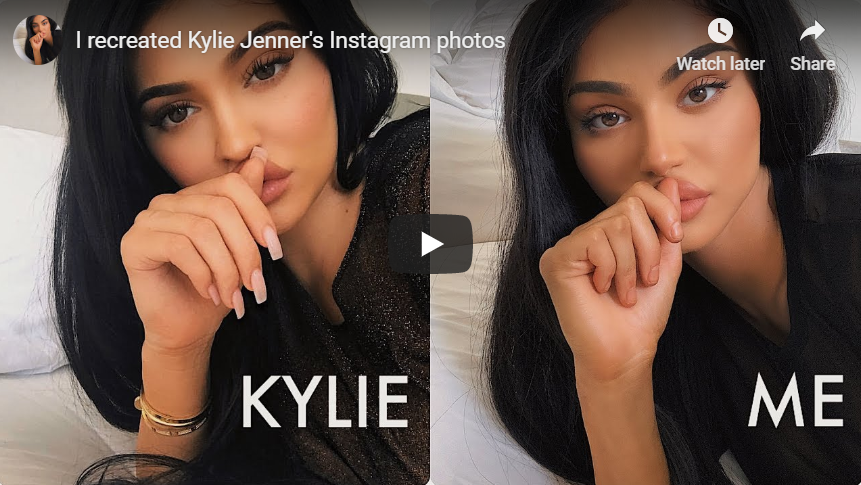 Apparently, Kristen didn’t really see the resemblance before making the video but I mean COME ON. Can Kris Jenner even tell the difference?

Now what Hancher can do with this talent, I don’t know. Is there a business in being a Kylie Jenner lookalike?  Maybe Kylie should have hired her to make public appearances for her when she was pretending not to be pregnant. Or maybe she could have used her as a decoy for Jordyn Woods at Tristan Thompson’s now infamous house party.

If you need more proof that Hancher is a bonafide Kylie Klone, head to her Instagram. Even when she isn’t trying she kinda looks more like Kylie Jenner than Kylie Jenner does.