It’s official, after the world has waited in bated breath for 3 DAYS NOW (guys, don’t worry I am joking… sort of), Kim Kardashian and Kanye West have revealed the name of their baby girl.

And I must admit, I am a wee bit disappointed it isn’t ‘Wild West’ as that would be flippin’ hilar and I kinda dig it.

The third child of Kimye has been called Chicago West.

Yes, as in the city that Shameless has single-handedly encouraged the world to steer clear of, lest we want Frank Gallagher to thieve our passports. Although Kev and Vee would be fun…

It’s also Kayne’s home-town and I wonder if he knows Kev and Vee?

Confirming the news on Twitter and her website, Kim announced that she’d be known as ‘Chi’ (pronounced ‘shy’). 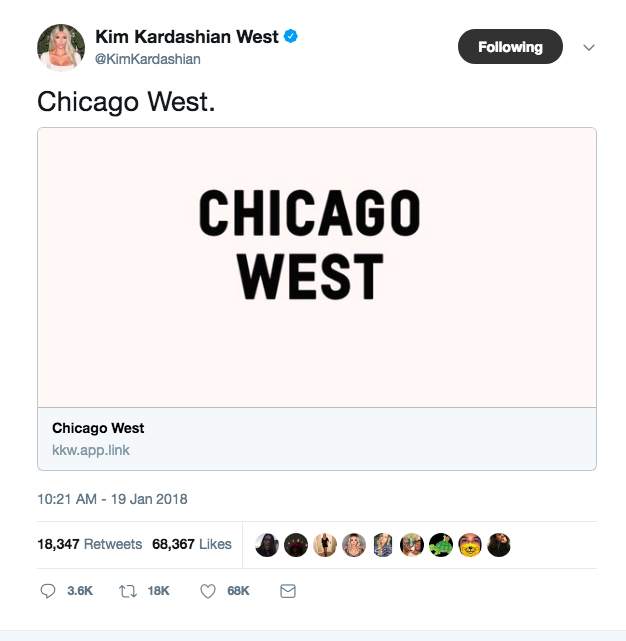