Move over, chai. Our baristas have been busy coming up with colourful ‘health lattes’ that are full of ingredients to boost our health and our energy. They’re very ‘grammable, but what’s in them, exactly? We break it down…

The world is officially mad for matcha. For centuries, Japanese monks have been sipping on the stuff and they were definitely onto something. Matcha is so concentrated that one cup contains around 137 times the antioxidants you’ll get in ten cups of green tea. Impressive, right? Antioxidants aside, it contains chlorophyll to detoxify the body and an amino acid called L-Theanine to boost your mood, memory and metabolism. The amino acids in matcha release caffeine slooowly, so you’ll get a hit of energy without post-coffee jitters. Matcha lattes are made with creamy coconut or oat milk, so they’re smooth and sweet unlike a regular ol’ cup of green tea.

Matcha lattes in skull shot glasses? Can it get any more wacky? Thanks to our amazing friend @indiwolf for the shot! (Pun intended)

Also known as ‘golden lattes,’ turmeric lattes are more than a trend. Made with milk and a blend of turmeric and spices like ginger and cinnamon, these lattes are a bright yellow-orange colour. They have a delish, tangy flavour, and tons of health benefits. Turmeric helps to heal the gut and reduce inflammation in the body which can happen if you’re tired, sick or injured. As for the other spices, ginger’s great for the metabolism, nausea and tummy troubles, and cinnamon’s fab for curbing sugar cravings. Need a boost of energy? Ask for a shot of coffee and make your latte a ‘dirty golden.’

|| LOS ANGELES || ⠀ We have an amazing place for you to check out that is serving up A Whole Lotta Goodness ✨⠀ @bohemiateaparlour has unique teas from all over the world! 🌎 Who else has a bit of a tea obsession ✋🏽⠀ Tag your tea loving friends that would love to catch up over a cuppa ⬇️⬇️⬇️ and head over to Bohemia Tea Parlour!

Let’s start with this: beetroot lattes don’t taste like beetroot. They’re actually a great way to sneak a few more veggies into your day. If you haven’t spotted this latte at your local café yet, it may be called a ‘red velvet latte’ – and there’s a very clever marketing manager somewhere who got a big, fat pay rise for that! Beetroot is a sly superfood: it’s rich in vitamin C, antioxidants and nitrites, which lower your blood pressure. It also works to fight inflammation and cleanse the liver, so if you went too hard on the weekend, order this on Monday morning.

Stay with us! According to health experts, this is the year of the ‘shroom boom’. They’re packed with B vitamins, selenium, riboflavin and potassium to rev up your metabolism, ease anxiety, and strengthen your immunity. They’re also the only vegetarian source of vitamin D! Lastly, mushrooms are adaptogens, meaning they can help the body to cope with stress and hormone changes. Not bad, huh? Mushroom lattes are made with milk, a blend of mushrooms (like reishi and shiitake), and spices/sweeteners for flavour.

Activated charcoal is used to detoxify the digestive system and alleviate gas and bloating. If you can move past the colour, it actually tastes pretty good because it’s blended with frothy milk and a flavour like vanilla, white chocolate or coffee. But if you’re taking medications, chat to your doctor. Charcoal can prevent the absorption of some medicine, so it’s best to be careful.

Trying to cut down on coffee? Try swapping your 2nd/3rd/4th cups for a ‘dandy latte.’ Dandelion root has the same taste, aroma and colour of coffee, so you won’t miss the real thing. The gut-loving herb helps with bloating, indigestion, and other delightful digestive issues. Think about it. Do you have to dash to the bathroom after drinking coffee? You’re not alone: coffee is a gastric irritant, so it can upset your stomach.  A dandy latte won’t, which is another reason to add it to your rotation. Head to a health café or make one yourself using dandy tea (found at supermarkets), cinnamon, ginger, honey, and hot coconut or almond milk.

Are you an iced latte or iced coffee lover? I am but sometimes it is nice to have a caffeine free alternative. Iced Dandelion Vanilla Latte is a refreshing drink that is a detoxifying zero sugar alternative to iced coffee. It is made with roasted dandelion root tea which gives it a rich and full-bodied flavour with hints of caramel. Iced Dandelion Vanilla Latte is sweetened with stevia and flavoured with a little bit of vanilla, a splash of organic soy milk and a sprinkle of cinnamon. Get the recipe on my website https://www.jesselanewellness.com/recipes/iced-dandelion-vanilla-latte/ If you are looking to boost your energy levels, check out my new online course Eat Clean for Energy, registration link in profile. Use the discount code “JESSESAVES” for $75 off the course. I can’t wait to see you in class! . . . . . #icedlatte #dandeliontea #tealover #tealove #tealovers #teaaddict #teatime #tealife #dandelionlatte #dandelion #icedcoffee #herbaltea #herbalteas #hydration #hydrate #summerdrink #summerdrinks #summersippin #healthydrink #healthydrinks #sugarfreedrink #sugarfree #energize #energyboost #moreenergy #eatforenergy #nourish #nourishyourbody #hydrateyourself #icetea

This pretty-in-pink latte tastes as good as it looks. Rose water can relieve stress, calm the body, and help with bloating and indigestion (sensing a theme here?). It’s also super hydrating, which is why you’ll spot rose water in skincare prods like facial mists. Rose lattes contain rose water and milk, and some cafes get creative with edible rose petals, vanilla extract, and raspberries. Rose lattes warm you up from the inside out and taste a little like Turkish delight (which either seals the deal or turns you off).

Starting the weekend with a R O S E latte ❀ I’ve been doing more behind the scenes work this week, which means I’m on the gram a little less, but also means lots of new things coming your way soon! Until then, you can find this old latte recipe on the blog [search “rose latte”]. I’m spending the rest of my day out of the city & manifesting some better weather!! Much wuv! ✧ #veggiekins #vegan #dairyfree #caffeinefree #roselatte #edibleflowers #cozyhome #hygge #wellnessblogger #eatrealfood #kitchn #latteart

Our favourite thing about this latte is its nickname: the ‘smurf latte.’ The trend started in Melbourne when Matcha Mylkbar decided to add a new latte to its already-colourful lineup. The main ingredient is blue algae, which the internet says is high in calcium, magnesium, protein, probiotics and antioxidants.

Oh heyyyy smurf latte by us 💁🏻‍♀️💁🏻‍♀️ Pop in tomorrow to celebrate this beautiful weather and get yourself an @e3liveaustralia smurf latte! 📸: @foodadventureswithliv

Have you tried any of these lattes? What did you think?

5 Of The Yummiest Places For Vegetarian Food In Sydney How To Eat Like A Queen On A Pauper’s Budget These Are The World’s Most Expensive Sandwiches 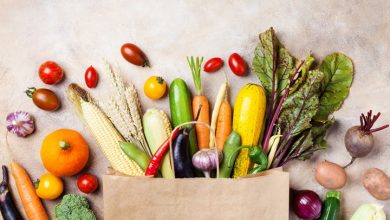 6 Healthy Food Trends That Are Taking Off In 2019