Just kidding, we’ve only put that in on behalf of all your BFFs who are probably dead against it. But we know this dilemma is not a simple one, and there are both sides of the argument to be had. There are not many relationships that end with a clean cut and relapses are pretty common, and a lot of the time, out of your control.

Sometimes sleeping with your ex is the exact thing you need to move on and get your shit together. Sometimes it’s the best way to say goodbye. And sometimes, it’s like going on a water slide – just one big downward spiral that leaves you tits-out-topless and messes up your hair.

So if you do have the time to stop and think, assess your emotions and make the decision that’s right for you, tally these yes and nos to get your answer…

YES: If you need the closure

If your relationship ended during an epic argument or dramatic walk out, it’s likely that neither of you got all the answers you needed for final sign off. And it can be impossible to move on when you feel like there’s unfinished business. Being together one last time can put your mind at ease and remind you that even if things got bitter towards the end, the love and care you felt for most of the relationship was real, but it’s just run its course.

NO: If you’re drunk

It’s obvious, but it has to be said. The only decision you should be making when you’re intoxicated is whether to get nuggets or a cheeseburger. Allowing your tequila alter-ego to slide into bed with your ex will only make the nausea worse in the morning.

YES: If you’re likely never to see them again

If you sleep with your ex and then run into them at Woolies a week later, the vicious cycle will never end. Each time you see them you’ll consider one last bang and end up sleeping together on the reg. Next thing you know it’s two years later and you’ve gotten nowhere. It’s best if you know you won’t encounter them for at least six months afterwards to give yourself time to heal. An excellent excuse to move overseas, really.

NO: If you’re seeing someone new

If you’ve just started seeing someone – even if you think it’s just a rebound and will never work out – having contact with your ex is not only completely unfair but will halt your healing process. Not to mention, you’ll constantly compare the pair and transfer all your issues from the previous relationship to the current. It’s not ‘just sex’ in this situation, no matter how emotionless you think you are.

NO: If they’re seeing someone new

Naturally, you want your ex to pine for you and never get over you (initially), but that doesn’t mean you can slip into their bed when you know they’re playing the field. It’ll just hurt twice as bad when they stop returning your booty calls because they’re busy with the new you.

YES: If it’s for revenge

NO: If it’s for revenge

The satisfying feeling is fleeting.

YES: If it was less than three months

And didn’t end badly, and you probably weren’t ‘officially’ boyfriend and girlfriend. Still a relationship, but not so serious of one that it’ll be a step back. One more ride won’t hurt as long as any ‘I love you’s’ aren’t exchanged by either party.

NO: If you’re just thirsty for some D

YES: If it’s only once

This one cannot be stressed enough. If you’re considering sleeping with your ex, it should be a singular occurrence only. Get what you need and get out. And whatever you do, don’t sleep there.

NO: If either of you thinks there’s still hope

It has to be 100% over. If there’s even a scrap of hope that the encounter will reignite the flame, abort mission.

In conclusion, remember ONLY.

You better bloody use protection. 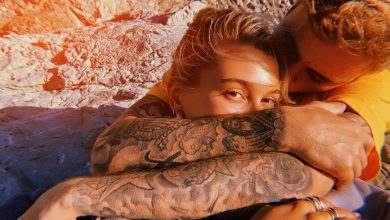 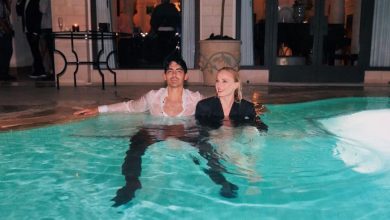