If you’ve been on the internet at all in the last week you would have seen the phrase 'ok, boomer' littering every feed you scroll through. But WTF does it even mean? And where did it come from? And how come the memes are so gosh-dang funny? You have questions, we have answers. Here’s everything you need to know about the internet’s best meme since ‘riiise and shiine’.

What does ‘ok, boomer’ mean?

Sit down at any family gathering (Thanksgiving next week will do) and you’l immediately notice a riff in the generations that have congregated around the table. There’s us, millennials and Gen Zers, and then there’s our parents and grandparents, the Gen Xers and the Baby Boomers. Once you’ve assembled your family, strike up a conversation. It can be just about anything but climate change, politics, culture and whether or not millennials are all out for participation awards will normally do the trick. Thus begins the inter-generational back and forth, which, since you most likely love your family, you’ll eventually end with a sigh. A sigh that’s more like a white flag than anything else. You don’t agree, but you just don’t want to argue. Enter the phrase, ‘ok, boomer’. ‘Ok, boomer’ says everything you want that sigh to say.

Are you following? No? Keep reading.

'Ok, boomer' is meant to be the scathing and dismissive response we dreamt of as kids. You’d never be brave enough to actually say it to your parents, but you’d definitely write it on the internet. Rather than endlessly defending your decisions to your parents or to any Baby Boomers in your orbit, 'ok, boomer' does it for you. Save the arguments about investing in avocado on toast verses investing in a house. Sure it’s a touch condescending, but wouldn’t you rather laugh at some memes than ruin another family dinner?

Here are the best 'ok, boomer' memes to get you started. 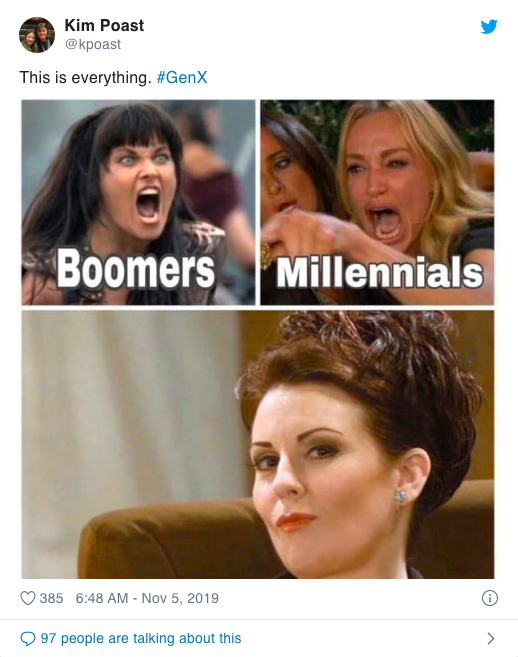 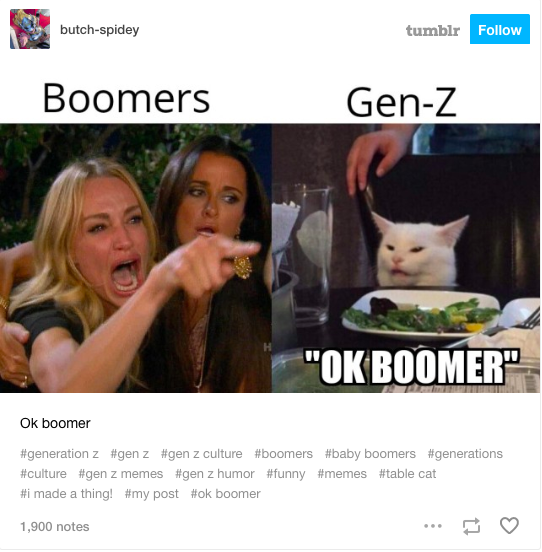